A glimpse of visual testing on the ISS 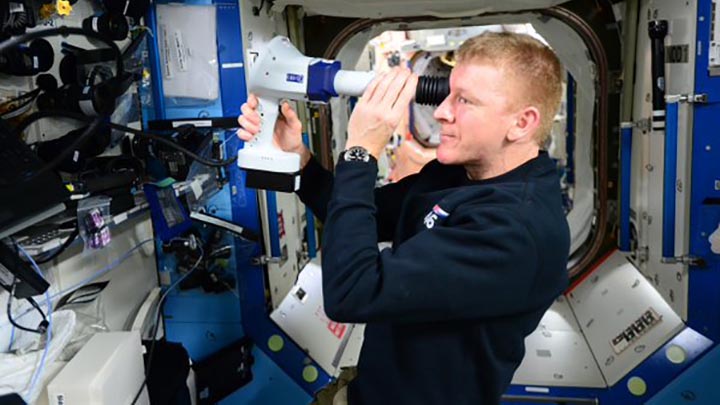 British astronaut Tim Peake has given the earth-bound public an insight into the National Aeronautics and Space Administration’s (NASA) study on the effects of low gravity on the eye.

The former test pilot tweeted a photo of himself using a fundoscope on the International Space Station (ISS).

A total of 12 astronauts will have their eyes tested between five and six times, depending on their stay on the ISS and then once after they return home. At this time the astronauts undergo fundoscopy, optical coherence tomography, a visual acuity test, an Amsler grid test, tonometry with blood pressure, an ocular ultrasound, a cardiac ultrasound and trans-cranial Doppler imaging with blood pressure measurement.

NASA was expecting to find, when all the data is collected in September, that some ISS astronauts had experienced detectable changes in their eyes during their time in space, and after their return to earth.

The information will enable NASA and its related space agencies to better understand the impact of low gravity on astronauts’ eyes, especially as it plans for long-term space missions such as the approximately 500-day round-trip journey to Mars. The agency says the data could also have relevance for on-earth patients as well.