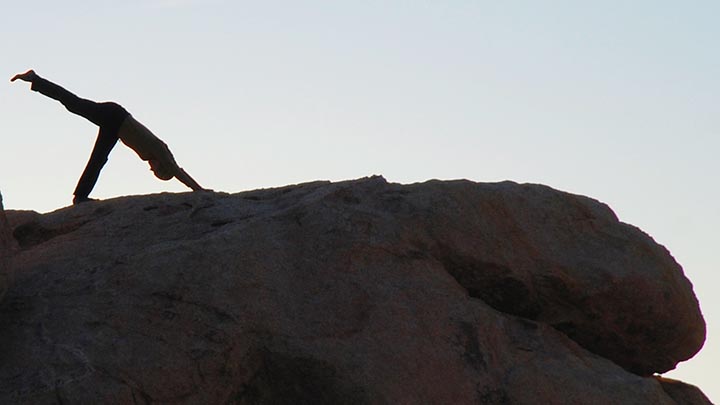 The study, by researchers at New York Eye and Ear Infirmary of Mount Sinai, has found intraocular pressure rose in both glaucoma patients and healthy individuals doing the yoga poses.

Increased intraocular pressure (IOP) is the most common risk factor for glaucoma. Minimising activities, such as weight-lifting, that cause raised pressure is the only way to prevent or delay the disease’s eventual irreversible blindness.

The findings, published in the journal PLOS ONE, suggest optometrists should advise their patients of the risks they face when doing head-down poses, the study authors including Dr Robert Ritch said.

Four positions, including the ‘standing forward bend’, ‘plow’, and ‘legs up the wall’ stances, increased IOP. However, ‘downward-facing dog’ caused the greatest increase in pressure, up 70%.

Dr Ritch said: "While we encourage our patients to live active and healthy lifestyles, including physical exercise, certain types of activities, including push ups and lifting heavy weights, should be avoided by glaucoma patients due to the risk of increasing IOP and possibly damaging the optic nerve."

IOP was measured immediately in the seated participants before they did the pose, after two minutes of holding the stance, when seated again, and 10 minutes following.

Even after 10 minutes of seating, IOP remained raised above the baseline taken before the participants did the poses. A yoga headstand is already known to cause a two-fold increase in IOP.

Co-author, Jessica Jasien, said: "While our study results don't show a dramatic difference in IOP between the normal participants and those with glaucoma, we believe that additional research, with a larger study population and longer durations of practising the inverted positions, is warranted.

“The rise in IOP after assuming the yoga poses is of concern for glaucoma patients and their treating physicians. In addition, glaucoma patients should share with their yoga instructors their disease to allow for modifications during the practice of yoga."