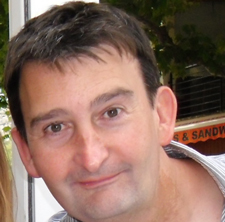 A professor of optometry at City University London has been awarded the Edridge Green Lecture and Medal by the Royal College of Ophthalmologists.

Professor David Crabb was awarded the prestigious accolade at the Royal College’s annual congress in Liverpool in recognition of his work relating to chronic eye disease, including glaucoma.

The Crabb research laboratory at City has attracted an international reputation, specifically in glaucoma research. Focusing specifically on measurement in vision, especially visual fields, imaging and eye movements, Professor Crabb and his colleagues have published more than 50 papers since 2010.

Commenting on the award, Professor Crabb said: “This award is a great honour and it was a real privilege to give the Edridge Green Lecture because it has a great history. Some great visual scientists, far better than me, have given the lecture previously. The award is also a great credit to my lab and all its members, and I would also like to thank all the funders who have made my research possible.”