eGOS: how it works in different settings 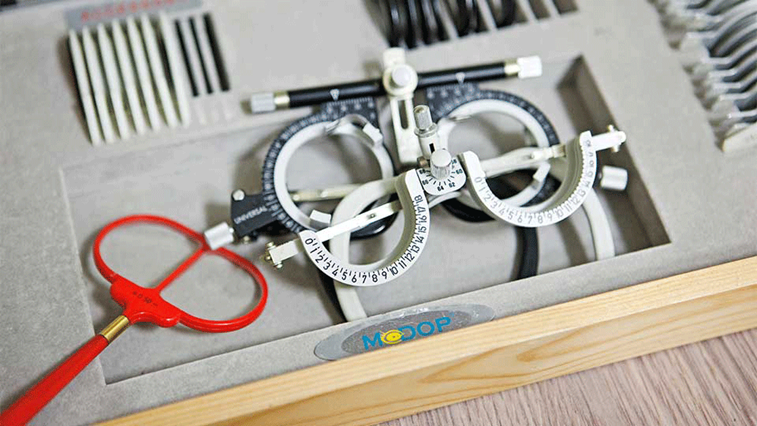 While PCSE has highlighted that multiples will communicate directly with practices about their preferred processing methods, independent practices can either use PCSE online directly or an alternative integrated system that has been developed by their practice management software (PMS) provider.

A number of PMS providers are piloting new systems, including Optix and Optinet.

What were your first impressions of PCSE’s online GOS system?

Stewart Mitchell (SM): Initially when you first log in, of course, the system will look and feel unfamiliar. While this can make some people feel nervous, generally I found the system easy to navigate. Of my staff who now use the system, it was those who are more tech savvy who picked it up quicker and found it easier to use than others. However, as with any new system, the more familiar it becomes, the easier it is to use. The system is quite intuitive and makes sense.

How did you become an early adopter of the system?

SM: As an AOP Councillor, I sit on the IT subcommittee for the Optical Confederation and have therefore been aware of these changes for a while. I was also involved in user acceptability testing as the system was developed and therefore, being an early adopter was the natural next step.


What preparations did you have to make for introducing the system?

SM: The system is web-based and works on PC, mobile, tablet, iPad and android, etc. However, you need a touch screen device that can be used to collect the required patient and contractor signatures. Not all practices will have a touch screen device. While we have an iPad in practice, I initially invested in an Amazon Fire tablet for this purpose. After trialing a couple of different things, we then invested in a refurbished Windows 10 tablet with a detachable keyword, which we have found works best for patients and staff alike. There is no funding for the equipment that some practices may need to purchase and therefore it is a business expense.

Generally I found the system easy to navigate

How did staff find using the system?

SM: Submitting GOS claims electronically required a change of process internally for the practice and at first it was really a case of logging in, using it and seeing how it worked. PSCE has produced an online instruction manual for using the system, which, although it requires some updates, is quite useful.

We went live on a Friday afternoon and the staff member using it that day spent some time adding the forms in preparation for Monday’s diary. The learning curve hasn’t been massive.

What are the main benefits of the system?

SM: We have been through two payment runs now and, generally, the system seems to work fine. A main benefit of submitting GOS claims electronically is that you cannot submit a claim with information missing and therefore once a claim is submitted, it’s almost like authorisation of payment. Of course, this can also be a frustration as if you go to submit a form and information is missing, you will need the patient’s signature once more.

No matter how careful practice staff are when filling in a paper GOS form, we would normally get half a dozen or so forms back a month as we had forgotten something. Therefore, moving electronically has some time saving benefits as we no longer need to recheck returned forms and reprocess them.

Are there any drawbacks?

SM: There have been a number of issues reported to PCSE during the early adaptor phase, some of which I believe will be fixed and others will not. For example, one issue currently with the electronic system is that while it knows how much the GOS voucher values are, it doesn’t tell the user.

Another issue that is frustrating is that when a parent signs a form electronically on behalf of a child, it is now mandatory for address details to be duplicated even if they live at the same address as the patient.

Also, when you download a payment statements, the file is populated in a random order. It does not appear in date order, for example.

Generally, how do you feel about GOS moving online?

SM: It is a positive as it solves the problem of forms going missing in the post, as well as being rejected and sent back due to missing or incorrect information. It also makes PCSE far more efficient and the payment runs have been seamless so far.

We live in a world that is electronic and life is online nowadays, so why shouldn’t GOS be?

What were your first impressions of Optix’s fully-integrated eGOS system?

Why did you opt to use your PMS to submit GOS claims rather than PSCE’s online system?

(ST): The beauty of going with the Optix fully-integrated eGOS system is that many patient details we need for the form are already in our PMS so there is no data entry duplication. We are pushing the buttons to populate the form, rather than filling the form in its entirety.

If we used the PSCE system, everything would need to be inputted directly as the integration between that and our PMS wouldn’t exist.

How did you get involved in the pilot?

(ST): As a practice owner, I knew that eGOS was something that was going to be introduced. When our PMS provider, Optix, reached out looking for practices to pilot its fully-integrated solution, I knew that I wanted to take advantage of being at the forefront of piloting the new system. Our practice fitted the criteria that Optix was looking for, so it was a no brainer when it came to signing up to test the system.

What preparations did you have to make for introducing the system?

(ST): On signing up to be part of the pilot, we let the team know that change was coming. Staff generally tend to panic about change, but we kept them informed about our plans and they came onboard and were enthusiastic about it.

Apart from that, in preparation for using the new system, we purchased a tablet, which we knew would be required for collecting patient signatures easily.

How did staff find using the system?

(ST): On the first day of using Optix’s eGOS system, we were grateful that members of the Optix team came to the practice to support with the set-up and guide us through the system. There were one or two very minor glitches that were easily resolved and by mid-morning the staff were running it on their own – the system is very intuitive.

All change takes time, but this change has been smooth for staff and makes life easier for them.


What are the main benefits of the system?

(ST): The system is easy to use and intuitive. It flags data errors before you can submit a claim, meaning that you should never have a claim rejected for missing information again.The Optix system is integrated very well into the PCSE system and it feels like both parties have worked together to get it right. I can see exactly what is going on with each and every claim that the practice makes as it moves automatically through the system with ease. While I have to log in to PSCE online to view and download the payment statements, it is very easy to reconcile these statements with the data on the Optix system.

I feel that PCSE’s website has been stepped up a gear in order to be ready for the launch. It’s a lot slicker and easier to use than when I have previously used it.

Long term, if a practice is wise and tight with how they code their patients, the system could lead to much time saving.

The Optix solution, for me in my practice, has proven to be sleek and spot on. There has been absolutely nothing to be scared of

Are there any drawbacks?

(ST): On day one of using the new Optix system, there were a few easily fixable problems, but that is the point of a pilot. Throughout the whole process Optix has been hands on and was quick to iron out the glitches. I would envisage that, just with moving anything online, if we have a power cut or the internet goes down, we will stumble into processing problems as you won’t be able to fill in the forms, but this is not a problem that would be exclusive to eGOS.

Generally, how do you feel about GOS moving online?

(ST): I believe this move to online GOS is a really important one for the industry. Ultimately, moving the amount of paper around that was required for the paper system was ridiculous. We use apps and electronic devices in many aspects on our day-to-day lives, so why shouldn’t it be applied effectively to GOS claims.

The Optix solution, for me in my practice, has proven to be sleek and spot on. There has been absolutely nothing to be scared of.