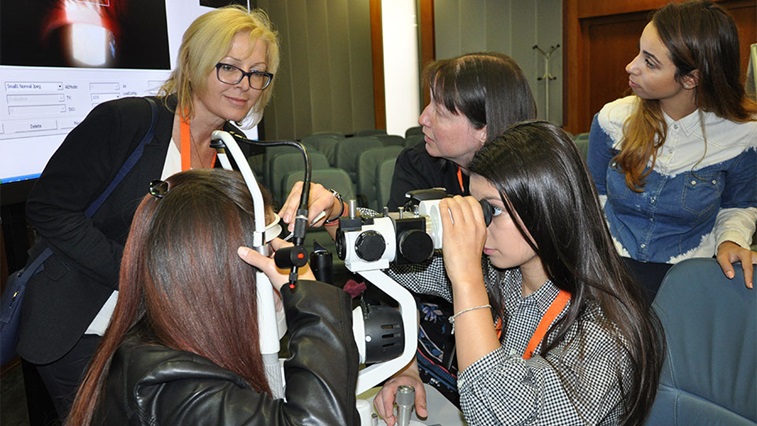 The Bulgarian Association of Optometrists (BAO) has hosted its second-ever national conference.

Held at the University of Sofia earlier this month (4–6 October), the Bulgarian Minister for Health and the Bulgarian Optical Trade Association supported the conference, sending organiser letters of endorsement.

During the event, delegates had the opportunity to attend a meibomian gland and blepharitis workshop, which was sponsored by the British and Irish University and College Contact Lens Educators (BUCCLE) and run by its members, Orla Murphy and Claire McDonnell.

During the workshop, Ms Murphy, who is a part-time lecturer and PhD student at the Dublin Institute of Technology, demonstrated lash manipulation to look for Demodex tails and removed an infested lash, which was placed under a USB microscope, allowing delegates to see the Demodex mite onscreen.

A blephex machine and disposable tips that were used during the workshop were supplied by Scope Ophthalmics and all delegates had their eyelids scrubbed and scrubbed each other’s lids.