A moment in time with Samantha Watson

The new chair of Optometry Scotland talks with OT  about her role, the Community Eye Care Services Review and the eye’s hidden wonders 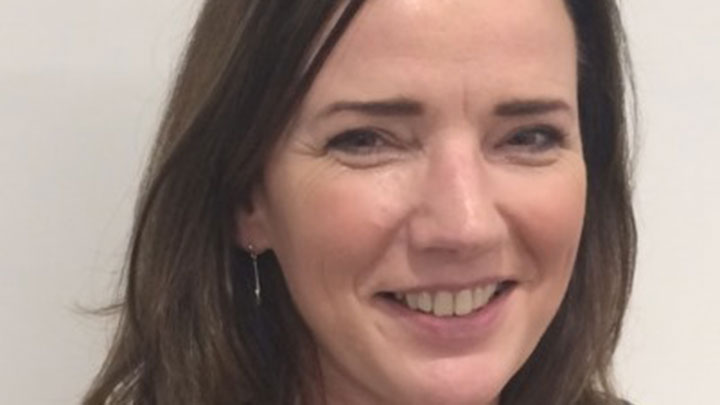 Boots senior professional services manager, Samantha Watson, became chair of Optometry Scotland in May. Ms Watson has been involved with the representative body since its inception, and previously served as its chair between 2012 and 2014.

Why did you choose optometry as a career and what keeps you passionate in the job?

I was 15 or 16 when I chose the career. The idea of learning about the eye came from a conversation with my friend’s sister who was studying optometry. The first time that I looked through someone’s pupil with an ophthalmoscope I was amazed at what I could see. I think most people, when they look at someone’s pupil, they see a dark space. They don’t realise the wonders that are hidden behind it.

I think one of the things that has kept me passionate about optometry is that over the course of my career I have done a variety of things. I feel as though I have continually learned about the sector. I do enjoy building relationships, learning new things and, the more that I understand about how the sector works and how optometry and ophthalmology work, the more that energises me. Particularly because I can see there is an opportunity for us to be looking at the whole service rather than silo working.

What do you see as the key issues for optometry in Scotland?

One of the key issues, and it’s not particular to Scotland, is the interface between primary and secondary care. We have the Eye Care Integration project in Scotland, but while the referral system works, it is still a bit clunky and we need to make it function better so we can move towards 100% uptake across the whole of Scotland. In terms of payments, we have a payment system that involves a web form, but again, it is a bit cumbersome and needs investment. If that investment was made in the web form I think uptake from optometrists would increase.

There is still a bit of a lack of awareness of optometry as the first port of call in some sectors of the population. That has been picked up in the Community Eye Care Services Review. Where required, we probably do need a targeted public health awareness campaign about where to go for eye health in the community, and not going to your GP or the hospital. Your optometrist should be the place you start.

How do you feel about the future of optometry?

It is certainly a moment in time that we need to grasp. It’s now 11 years since the free eye test was introduced in Scotland. The Community Eye Care Services Review published in April makes a series of recommendations which Optometry Scotland supports; if the recommendations are implemented they would make a substantial difference, not just for community optometry and what is being delivered, but actually what this means for secondary care.

Ophthalmology is working at capacity and community optometrists are well placed and qualified to manage patients who do not need to be seen in hospital. For example, one of the recommendations of the review is to implement SIGN 144 whereby optometrists manage low risk glaucoma patients in the community. One of the other opportunities identified in the review is that we have examples of good practice happening in different health boards across Scotland; it would be sensible to look at how we could make this work nationally. The implementation plan for the review could be a vehicle to do that.

Optometrists in Scotland are providing more and more eye health care to patients and the role is evolving further through IP optometrists, training provided by NHS Education for Scotland and a continual appetite for development in the profession. As the optometrist role expands so too will that of dispensing opticians who work alongside optometrists to deliver high quality community eye care services.

What insight and skills have you gained through your role with Optometry Scotland?

I think my time with Optometry Scotland has helped me to understand how you achieve impact and influence. One of the big things that I have learned is that you achieve things through relationships. I think it’s important you invest the time in developing a strong enough relationship with people that allows you to get things done; instead of making assumptions about someone’s intent or what they mean, you can have a conversation to check it out. It allows you to disagree and debate. You are both committed to an overall outcome though you might differ about how you’re going to get there. When you have a relationship you can talk it through and be really frank. But the most important thing I have learned is to persevere even when progress seems a very long way off.