Casting in the dark

Half of blind and partially sighted voters report not being able to vote independently and in secret. OT 's Selina Powell finds out what it's like to navigate polling day with sight loss 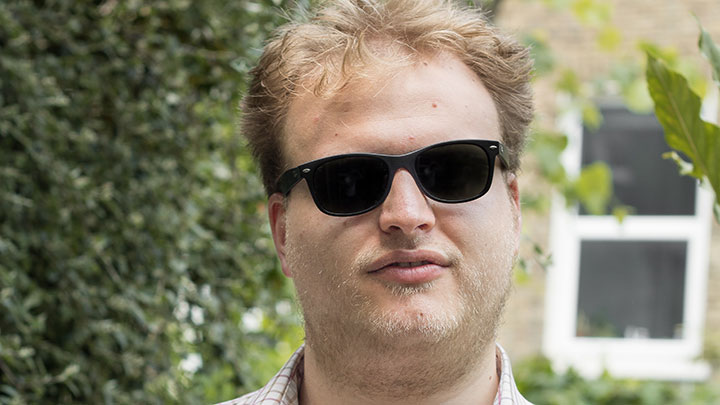 For most people, the process of voting is simple. Get to the polling station, tick a box, go home.

But it is not like that for everyone. At the moment there are significant challenges that blind and partially sighted voters face at the ballot box. These barriers affect everything from researching the policies of political parties to the physical act of casting a vote.

Royal National Institute of Blind People (RNIB) policy manager and report co-author, Hugh Huddy, told OT  that people who struggled to get to polling stations often felt like they needed to do it more to prove they were part of modern democracy.

“Blind and partially sighted people are so used to being ignored or their accessibility needs not addressed that actually being involved in democracy and casting your vote is a very significant thing because you feel involved in the society you live in,” he added.

In a study published at the beginning of this year, Turned Out 2016, the RNIB reported on the experiences of 300 blind and partially sighted people following the local elections in May and referendum on membership of the European Union in June.

Half of those surveyed said they did not feel able to vote independently and in secret. Of the survey group, one in 10 did not vote, with two thirds of non-voters saying they would have voted if it had been more accessible.

The challenges of casting a vote begin with the polling card that is delivered through the letter box. Mr Huddy emphasised that the card contained important information, including the date of the election and the address of the polling station with a small map but most blind and partially sighted people could not read it.

“That is the first barrier,” he explained.

“People think, ‘Oh well, everyone has someone to read things to them, what difference does it make?’. It makes a big difference. We know from research that a significant number of blind and partially sighted people do not have someone to read information to them,” he shared.

For blind and partially sighted voters who wanted to check the location of a polling station with electoral services, collecting information over the phone could also difficult in the busy period leading up to the election.

There were further hurdles once blind and partially sighted voters got to the polling station. Sometimes the large print sample version of the ballot paper was taped to the wall, Mr Huddy explained.

“Polling station staff don’t know that they are supposed to give it to you in your hand so you can take it into the booth, alongside the official ballot paper,” he added.

This meant that blind and visually impaired voters would sometimes have to ask for assistance, meaning their vote was no longer cast in secret.

One survey participant described how uncomfortable it was to have her personal assistant help her to vote, as they had never discussed each other's political leanings.

"People go into what is often a school hall or a community centre with strip lights on - the booths are quite dingy," Mr Huddy elaborated.

A person who tried to bring a video magnifier to help with the lighting was told it would not be allowed under strict rules over what can be brought into the polling station.

London resident Ashar Smith, who is blind, first voted in the 2010 election with the assistance of family members.

The 27-year-old told OT  that he was always interested in politics growing up.

“I think going blind at the age of 14, you immediately come into contact with government departments and that almost gives you a crash course in understanding how policy affects your everyday life,” he explained.

He has shared this passion with others, volunteering to help young and disabled youth become engaged with politics.

"People should feel like they can change politics," Mr Smith shared.

"Although policies can be shrouded in jargon, if you learn about it and are curious then you can see how it connects to every aspect of existence," he elaborated.

Mr Smith explained that while he was lucky to have supportive family and friends who helped him get to the polling station, not everyone did.

There was also the challenge of voting independently at the polling booth, with polling station workers who were not always familiar with the process for making voting accessible.

“Once you arrive at the polling station it can sometimes be daunting for whoever is working there because they are not sure exactly how to support you,” he said.

A tactile template for blind voters was often difficult to use, Mr Smith explained.

"It is just like a stencil that doesn't really do the job," he added.

As part of the Turned Out 2016 survey, blind voters reported that often the template was either not available or it was the wrong dimensions for the ballot paper –putting voters at risk of spoiling their ballot by putting the cross in the wrong place.

This again meant that many voters lost their secrecy when voting, and had to rely on other people to read out the names of the candidates and ensure that the cross was put in the right place.

Making changes to ensure everyone could vote independently and in private would help to create a more representative society, Mr Smith highlighted.

“I think different decisions get made depending on who is listening and who is making some noise about what they want in life," he emphasised.

The difficulties around voting do not just begin on polling day. There are also challenges in making an informed choice in the lead up to the election.

Mr Huddy explained that campaign materials were often in a form that was tricky for blind and partially sighted people to make sense of. Party political information was commonly posted through the door as a leaflet with relatively small print.

"That does make it difficult for people to read what the political party in that area is offering in their manifesto," he noted.

Mr Huddy highlighted that the main national political parties had promised to provide their manifestos in braille or large print on request, although the RNIB had not yet heard from members who had received an accessible copy.

The manifestos published online as a PDF could also be difficult for blind and partially voters to access. Mr Huddy highlighted small font size, poor contrast and PDFs that were not compatible with voice reading technology as some of the main issues.

"Voting makes a difference personally in terms of feeling part of society, but it could also make a real difference to the way an election is won or lost"

Although there are changes that could make voting more accessible, Mr Huddy highlighted the importance of following through with what is already meant to be in place.

"We want the world to work as it is supposed to. The legislation is clear that blind and partially sighted people must be able to vote independently and in secret. The problem is that information is not being made accessible routinely and reliably in line with what the law says," he emphasised.

A key initiative that the RNIB are spearheading is for a poster to be displayed at every polling station to explain to staff as well as the public what the accessible voting procedure is.

This follows RNIB research that has found a lack of awareness around accessible voting both among those who are blind and partially sighted and their companions, and among the officials meant to be assisting them.

In some constituencies, the blind and partially sighted voter turnout was capable of swinging an election result, Mr Huddy shared.

There are around 3000 people with sight loss in every single constituency in the UK, he added.

“Voting makes a difference personally in terms of feeling part of society, but it could also make a real difference to the way an election is won or lost, particularly in a constituency that is marginal,” Mr Huddy highlighted.

Wider scale changes that have the potential to make voting easier for blind and partially sighted people include the possibilities of electronic voting within polling stations, which has been used in the US.

This system also had the benefit of being cheaper than a paper-based system that relied on armies of volunteers counting the ballots.

"Provided that the electronic voting system is designed for large print and tactile users then this could open up a much more accessible, independent and secret way of voting for blind and partially people, as well as making it more convenient for everyone else," Mr Huddy outlined.

The mission to make voting easier for those with sight loss is one that Mr Huddy is deeply committed to.

"I am struck by how passionate blind and partially sighted people are about getting involved in democracy," Mr Huddy shared.

"And wouldn't anyone be passionate about that – given that there are barriers to the fundamental process of passing your vote independently and in secret, something that is fundamental to all of our lives in this country," he concluded.