Me and the GOC

Chief executive and registrar, Samantha Peters, spoke to OT  about her time with the optical regulator 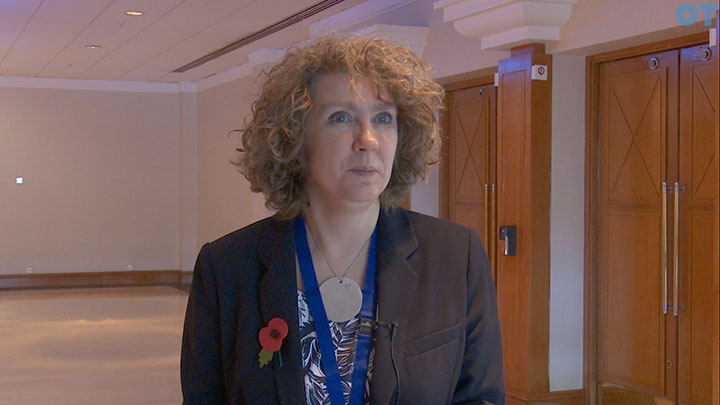 Samantha Peters joined the General Optical Council (GOC) in 2011, and will step down as chief executive and registrar in June after six years with the regulator.

What did you know about the optical profession before joining the GOC?

However, that combination of clinical and retail that is part of the profession, that was new to me too, but was a really exciting challenge.

Was there a steep learning curve in your first few months?

It was an enormous learning curve, let’s be honest. The interesting thing about regulation is that there is a very, very broad range and scope of activity.

Therefore, getting to understand each of the GOC’s regulatory functions, each of which was detailed and complex took time.

Has the GOC changed during the time you've been there?

It has changed enormously. We have been seeking to substantially modernise the organisation, both in its outlook and in the way it undertakes its business. We also sought to modernise its infrastructure and technology.

There was a huge investment of time and energy into that. I believe the GOC is more modern and outward looking now, and that spans the staff, but also the council, the panellists and the committees too.

The new premises at Old Bailey demonstrates that outlook and the new way that we work.

How would you like optical professionals to view the GOC?

I would like professionals to be comfortable that we know what we’re doing. I would also like them to be confident that we’re doing things in the most proportionate and effective way.

We would like to support practitioners to practice in the best possible way that we can.

What GOC project are you most proud of?

I think I’m most pleased with the way enhanced CET has been rolled out across the sector. In our own registrants’ survey, we heard that 65% of registrants have improved their practice as a consequence of enhanced CET and that 73% of practitioners have made changes to their practice after participating in case-based peer review.

When I first arrived, there was a great deal of anxiety about these changes, so what this data has shown is that they have been valuable and helpful.

How will you look back on your time with the GOC?

I’ll look back on it with affection and fondness. I’ve worked with interesting and stimulating colleagues, both at the GOC and across the whole of the optical sector. People that I’ve worked with have a strong ethical commitment to doing things well.

I’ve also learned an enormous amount. The role required some quite deep learning by me, which I like. I can get bored if there isn’t something to learn through my work. Intellectually and professionally, it’s been a stimulating time.