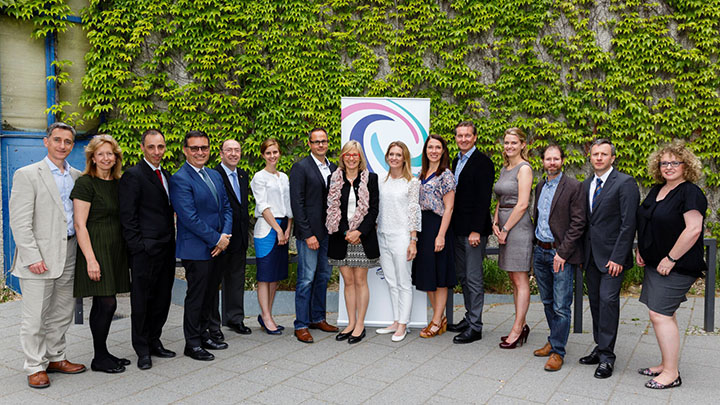 For four days in May Berlin was the beating heart of optometry and optics in Europe when Beuth University of Applied Science hosted the eight annual conference of European Academy of Optometry and Optics (EAAO).

The mission of the Academy is clear and was well reflected in the conference: to build a network of eye care professionals across Europe, and to harmonise standards and practices in optometry and optics.

A total of 370 participants attended the meeting, a record number for the Academy, including eye care practitioners, researchers and educators from 46 different countries.

In the two keynote lectures, delegates had the opportunity to learn about future directions of presbyopia correction and optical imaging technologies.

"All in all, Berlin’s conference represented the confirmation of the growth of EAOO in the past years. The Academy conference has become a well-established meeting where eye practitioners can meet, share knowledge and move towards a common profession around Europe"

Aston University’s Professor James Wolffsohn provided a comprehensive overview of non-spectacle correction of presbyopia, using contact lenses and surgery. The second keynote lecture, How images can reinvent the eye examination, was delivered by Dr Pearse Keane from Moorfields Eye Hospital and UCL Institute of Ophthalmology. Dr Keane presented clearly and exhaustively the revolution of optical coherence tomography (OCT) and how this technology has become increasingly widespread. He also highlighted how future developments, such as binocular OCT, are emerging.

Of particular interest among research papers was a talk by Cardiff University’s Dr Matt Dunn on the role of binocular vision in subjects with early onset nystagmus. Using a binocular eye tracker, Dr Dunn has developed paradigm to study the relative contributions of each eye to the binocular nystagmus null zone.

Another particularly interesting presentation was the review of optometrist Professor Bruce Evans on the role of visual factors in dyslexia. His detailed knowledge in the field strongly emerged through his talk. Dyslexia is suggested not to be caused by visual factors, however the role of optometrist is crucial in eliminating those visual problems that can represent a further element of disturbance in people with dyslexia. 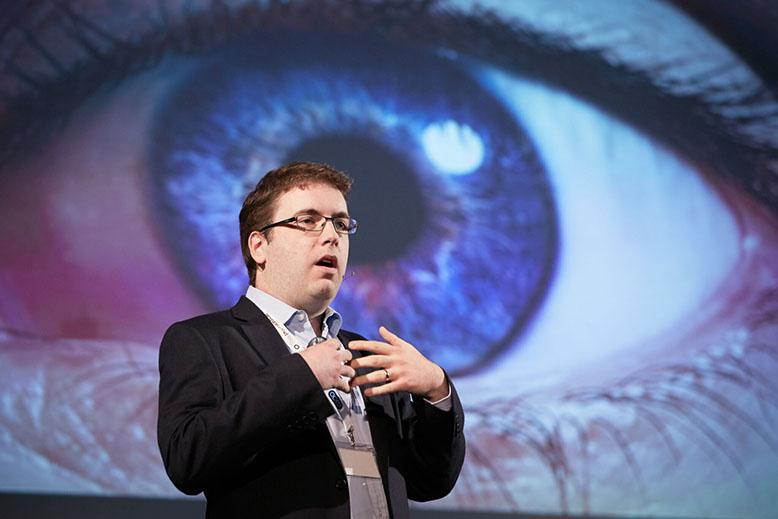 Among clinical presentations, Aston University’s Dr Frank Eperjesi dealt with the issue of ocular discomfort. Eye pain, itchy eyes, darkening circles around the eyes are common, but not simple problems to cope with, he explained and provided useful insights, options and clinical tips to manage these common compliances.

In the field of paediatrics, Dr Marie Bodack, from Southern College of Optometry in the US, highlighted the importance of retinoscopy in the detection of pathology of the lens. She brought three case reports of Marfan’s syndrome, posterior lenticonus and lens opacity due to diabetes and how to deal with these conditions from the detection to the referral.

Focusing on the 59 poster presentations at the conference, Yasna Glauser received the Poster Presentation Prize for Peripheral Epithelial Corneal Hyperfluorescence (PECH) in association with soft contact lens (CL) wear, while Julia Löwen won the New Poster Presenter Prize for her work Multifocal electroretinogram in patients with a central-scotoma due to macular degeneration. The two poster presentation prizes were provided by the College of Optometrists at the conference’s closing address.

Fourteen members of the Academy from six countries were awarded the Fellowship of the EAOO.

All in all, Berlin’s conference represented the confirmation of the growth of EAOO in the past years. The Academy conference has become a well-established meeting where eye practitioners can meet, share knowledge and move towards a common profession around Europe. EAOO 2017 will take place in Barcelona on 12–14 May.