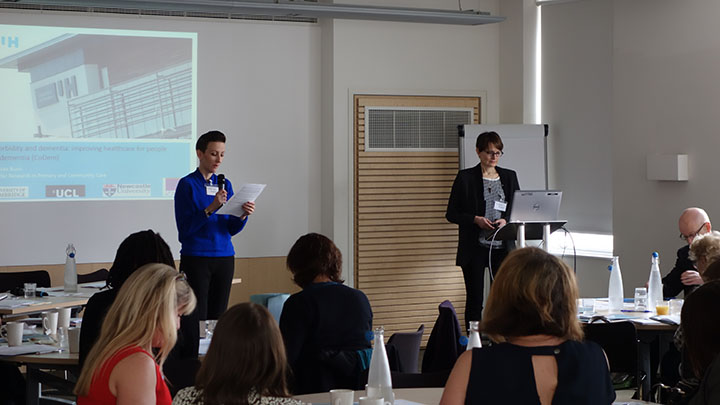 A new report released by the College of Optometrists will ensure help ensure that those living with dementia and visual impairment are prioritised in research funding around the topic.

The report highlights the research priorities into concurrent dementia and visual impairment as agreed by a priority setting working group at the Visual Impairment and Dementia (VIDem) Summit.

The summit, which took place in February, was co-hosted by the College, the Thomas Pocklington and Alzheimer’s Society, and was supported by the James Lind Alliance. It brought together people living with dementia and visual impairment, their carers and clinicians, and organisations providing services to people in this group.

During the summit, delegates were invited to review the research priorities that are most relevant to concurrent visual impairment and dementia from the two priority setting partnerships: dementia, and sight loss and vision.

The key research priorities were identified as: appropriate methods of visual assessment; how to maintain independence; the timing of cataract intervention; how to effectively change practice with research; and the routes to early dementia diagnosis.

The report, which can be accessed via the College’s website, was produced following the summit and recommends that these priorities are “disseminated widely” and, when possible, “integrated into the processes that organisations use to evaluate funding applications.”

Speaking about the report, director of research for the College of Optometrists, Michael Bowen, explained: “The VIDem report is the first time that the research priorities from two James Lind Alliance priority setting partnerships (PSPs) have been reviewed in order to identify shared priorities for people living with conditions, diseases or disorders from both of those PSP areas. It gives an account of how this can be done for two critical PSPs – sight loss and vision, and dementia.”