Customer relations, contact lenses and candour were all on the agenda at the council meeting of the General Optical Council 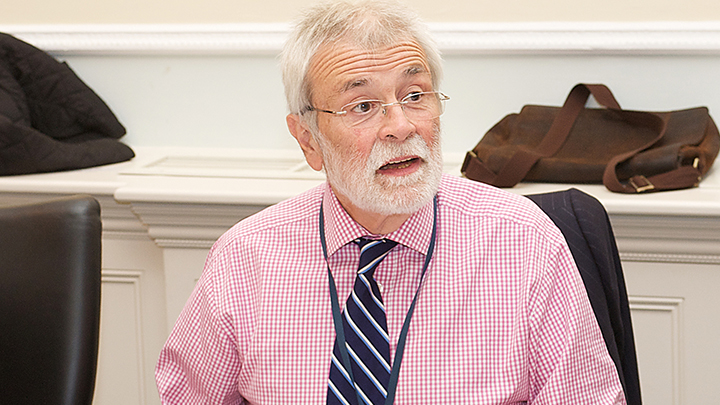 Maintaining a good relationship when a customer complains is not just doable, but desirable, emphasised the Optical Consumer Complaints Service (OCCS).

The independent mediation service presented its data for the last year to the members of the General Optical Council (GOC) on 11 May.

Practitioners are warned of the possible pitfalls when dispensing varifocal lenses, as these are the single biggest contributor to OCCS complaints, GOC consultant Richard Edwards told those present.

Managing patients’ expectations around the spectacles, as well as assisting in the customers’ adaption to using them was key, and the OCCS is planning to offer CET on this subject, the GOC heard.

Another common reason that customers contact the OCCS is when a mistake is made, but one practice has issued the prescription and another has dispensed it. The customer can feel like they are being bounced between the two practices and heard by neither. “And in these cases perception is reality,” Mr Edwards highlighted.

No matter what the issue, the best advice for any practitioner who is contacted by a patient with a complaint is to keep the relationship positive, he said. The OCCS recommends that all practitioners listen to the complainant and communicate effectively with them.

The OCCS had a 55% increase in enquiries last year, but this was attributed to increased public and practitioner awareness of the service. Of the 969 enquiries, 99% were settled with a resolution.

Complaints of a different nature

The Fitness To Practise (FTP) complaints process was also in the spotlight at the meeting, with council members receiving an update on the project to resolve such cases more quickly and efficiently.

Consultants from auditing company KPMG reviewed the GOC’s methods and highlighted 45 points of improvement. This feedback has been incorporated into six ‘quick fixes’ to be introduced, including a policy that triages a complaint based on risk and the creation of new policy and guidance documents.

A pilot using the draft strategy will be run, and feedback will be gathered in November. GOC project manager Keith Watts said he hoped to see improvements by the end of the year.

Members also discussed the issue of contact lens substitution, and its potential risks to wearers.

The GOC’s work on the voluntary code of practice for online contact lens suppliers will be delayed, after other work was prioritised.

However, the GOC is planning to remove the issue of substitution from this code. Chief executive, Samantha Peters, told council members that the GOC had to be an evidence-based regulator. “And the evidence isn’t there.”

Council chair, Gareth Hadley (pictured), added: “The challenge is for those who believe it does [harm patients] to bring forward the evidence that it does.”

The council also spoke of the need to update the Opticians Act. Mr Hadley supported the move, emphasising: “The Opticians Act doesn’t make sense any more … I think it’s a very short-term time scale in which it needs to be addressed.”

The code of practice was part of the GOC’s wider work to address sales and services made illegal by optics legislation.

Two guidance documents will be released for public consultation as part of the GOC’s Standards of Practice implementation, on candour and consent.

Two other documents were planned – giving guidance on care and compassion and the legal requirements of practice – but it was felt other initiatives, including CET provision and online information, will be a better option for practitioners.

Council members were also told of the resolution of the GOC’s direct debit problems. Also discussed was the regulator’s response to the nine data breaches and one near-miss in the first quarter of 2016. The organisation has put in place more consistent reporting requirements and ongoing training to address data breaches.

The next council meeting is scheduled for 26 July.