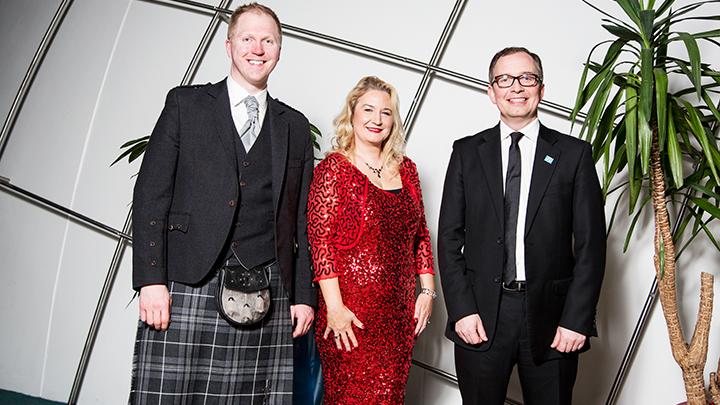 It has been 10 years since the NHS-funded eye examination under the General Ophthalmic Services (GOS) regulations was introduced in Scotland, Optometry Scotland announced this month (1 April).

During a celebratory dinner, the organisation reported that, since its introduction, attendance at eye clinics in Scotland has increased by only 4.1% compared to a 44% rise in England, demonstrating the improvement of Scotland’s optometry services in dealing with cases that would otherwise be referred to secondary care.

The data presented also stated that in 2015 less than 7% of the 2.2 million eye examinations performed by community optometrists in Scotland were referred to GPs or hospitals.

The Scottish Government’s head of primary care and population health, Richard Foggo (pictured right), who attended the dinner, called the GOS regulations “one of the true NHS success stories in Scotland.”

He commented: “It provides a full health check of the patient’s eyes, including specific procedures depending on the patient’s age or condition. This is a vital step in the early detection of eye disease and the prevention of blindness, reducing the burden on secondary care.”

Optometry Scotland is a not-for-profit organisation established to develop and represent the views of the entire Scottish optometry sector.