The evolving scope of hospital optometry

OT  finds out about advances in hospital optometry with principal optometrist for education and training at Manchester Royal Eye Hospital, Paddy Gunn

Since Paddy Gunn first started working at the Manchester Royal Eye Hospital in 2011, he has seen the optometry department grow both in terms of size and the scope of practice of the team.

In 2018, he undertook training to perform laser procedures. After performing more than 1000 procedures himself, Gunn now supervises ophthalmologists and optometrists learning the skill.

Gunn’s experience of watching the optometry department grow and expand into new areas of practice is part of a broader trend.

“What was considered core optometry has probably changed – back in 2015, areas like glaucoma were considered an extended role. I think glaucoma and age-related macular degeneration monitoring are really seen as bread-and-butter hospital optometry now,” Gunn shared with OT.

In February this year, Gunn and colleagues published research in Ophthalmic and Physiological Optics examining the scope of hospital optometry in the UK. A survey of 129 hospital eye service leads was conducted in September 2020. 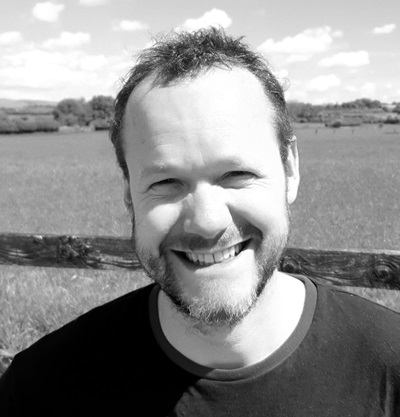 Paddy Gunn
The results were compared to findings from the first survey to examine scope of practice among hospital optometrists in the UK – undertaken by Harper et al in 2015. The latest study revealed an almost 40% increase in the proportion of hospitals with optometry departments – from 79 in 2015 to 129 in 2020.

The researchers also observed growth in the number of hospital optometrists with prescribing rights and the ability to perform laser procedures.

“There is a strengthening within extended roles that have been there for a long time but there is also movement into other areas within ophthalmology,” Gunn shared.

“I think that prescribing has been hugely influential within secondary care for both broadening the roles of optometrists and extending their autonomy,” he added.

Around one in five hospitals were using independent prescribing (IP) as a method of prescribing in 2015 – compared to 67% of departments in 2020. Gunn expects the role of optometrists within both primary and secondary care to continue to expand.

“There is without doubt going to be a shift in the number of optometrists practising new procedures and managing more complex patients more autonomously. I think that is a really positive step forward for the profession,” he said.

As the lead optometrist for education and training at Manchester Royal Eye Hospital, Gunn supports learning for optometrists working within primary and secondary care as well as undergraduate students, pre-registration optometrists and optometrists undergoing IP placements.

He told OT that being a pre-registration supervisor is the most rewarding part of his role.

“It is always really fun getting to work with people at such an exciting part of their training and career,” Gunn said.

“I am able to support trainees by sharing what I found useful for building confidence and developing when I was a pre-reg. To see them progress throughout the year is a really nice part of the job,” he shared.

Gunn noted that within his department there is a focus on making training accessible to members of the wider team – such as doctors, orthoptists, nurses and ophthalmic science practitioners, as well as optometrists.

“Everyone, no matter what their profession, gets to learn from each other. There are huge amounts that we can take from the other professions,” he noted.

Gunn hopes examples of optometrists successfully working within different departments and services will motivate other specialities to consider how optometrists could contribute.

“I think the strength of the relationship between optometry and ophthalmology is key. It is something that benefits both professions and without doubt benefits patient care,” he emphasised.

In terms of areas to address in the future, Gunn noted that optometrists have faced challenges accessing IP placements during the pandemic.

Manchester Royal Eye Hospital is working to re-establish placements after they were paused as a result of social distancing restrictions.

Gunn would like to see more funding and support arrangements to encourage more hospitals to deliver IP placements.

“I think that instead of a handful of units scrabbling around trying to sort IP placements, something much bigger – on a national basis – needs to be done. There is such demand for IP and there are huge benefits in having more IP optometrists in the community,” he said.

Gunn would also like consideration to be given to how and where IP placements are delivered.

“We should look at whether IP placements always need to be completed in secondary care. There are so many skilled IP optometrists working in the community. It would be good to see IP placements delivered in new and innovative ways to try and give better access,” he shared.

The procedure he notices the swiftest results in is YAG capsulotomy, a form of laser used in patients with reduced vision following cataract surgery.

“Because in some cases that improvement in vision is almost immediate, you get some dramatic responses. I have seen a patient punch the air afterwards,” he shared.

Gunn trained for six months with an ophthalmologist giving him feedback on his technique.

He described performing his first laser on a patient’s eye as “nerve wracking.” However, Gunn shared that his supervisor gave him full confidence in his ability.

“Whilst it is daunting, as long as you have all of the right training and the clinical background to perform that procedure, then it is about having someone encouraging there to give you the confidence to give it a go,” he said.

The shift in approach follows a three-year UK study involving more than 700 glaucoma and ocular hypertension patients who were treated with either SLT or eye drops. The Laser in Glaucoma and Ocular Hypertension (LiGHT) trial found that in the SLT group there was less need for treatment escalation, for glaucoma surgery and for cataract extractions compared to the group who received eye drops. Gunn welcomed the updated guidelines and highlights the potential positive impact for the patients he sees.

“Some patients really do feel that they are at the end of their tether in terms of using eye drops. They might be suffering from side effects. When laser can bridge that gap and take away some of those issues, that is something that patients are hugely grateful for,” he said.

Dr Nathan Lighthizer is associate dean of the Northeastern State University school of optometry in Oklahoma. More than three decades ago, Oklahoma became the first state in the US to permit optometrists to perform SLT. There are now nine states in the US where optometrists perform the procedure.

“We have a long track record in Oklahoma. We are doing this on a week in week out basis and optometrists have tremendous success and a great safety profile,” Lighthizer shared with OT.

In the US, alongside issues with patient compliance, affordability issues can create challenges in effectively treating patients with eye drops. 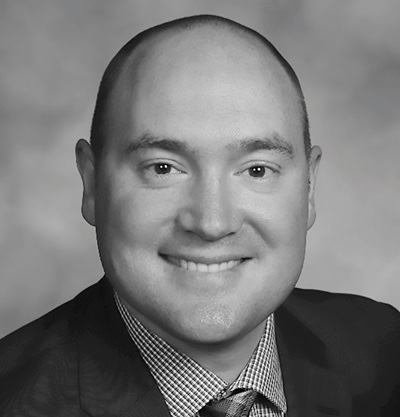 Dr Nathan Lighthizer
Lighthizer highlighted that SLT provides “round the clock” coverage in contrast to eye drops. “With a drop you might put it in at 4pm and its effectiveness wears off,” he said.

Lighthizer added that SLT is not for every patient. Patients with extremely narrow angles may not be suited to SLT and it would not be indicated in patients with neovascular or inflammatory glaucoma. When the procedure is performed, 80% to 90% of patients receive a treatment effect.

When asked about the factors that predict whether SLT will be successful, Lighthizer noted that the higher a patient’s pressures are, the more likely that the procedure will be effective.

“The fewer medications they are on, the more likely it is I am going to get a nice effect,” he observed.

Lighthizer shared that SLT works best early within the course of therapy.

“We have been trained to only consider laser after the use of eye drops has been exhausted. We have to change our mentality now. Laser could be the first option. But it takes time to change our way of thinking,” he said.