Drop in A&E attendance during lockdown 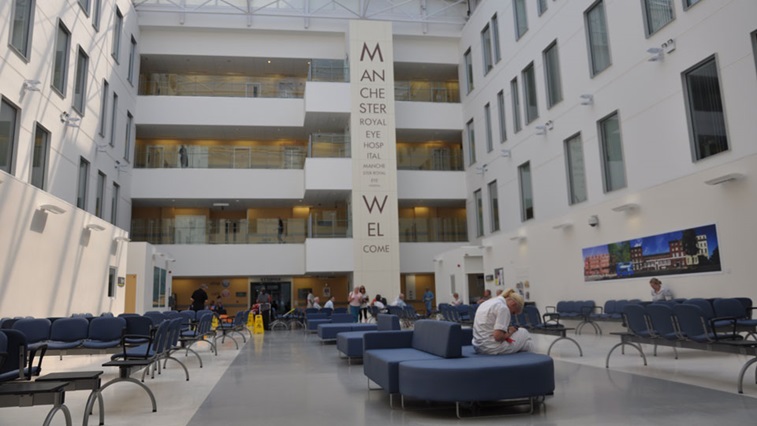 According to monthly NHS England statistics on A&E attendances, the total A&E attendance for England in March was 1.5 million, compared to a total of 2.1 million in March 2019.

NHS chief executive, Sir Simon Stevens, launched a campaign last month to encourage the public to seek the urgent care they need, warning that delays in treating some conditions could pose long-term risks to health.

Under the government guidance, the public are still allowed to leave their homes to seek medical help. Despite this, however, findings reported by the NHS have shown that four in ten people are too concerned about being a burden on the NHS to seek help from a GP.

The emergency eye clinic at Manchester Royal Eye Hospital has also seen a drop in the number of patients attending walk-in emergency departments.

Talking to OT, Felipe Dhawahir-Scala, consultant ophthalmologist and vitreoretinal surgeon, and director of the Acute Ophthalmic Services at Manchester Royal Eye Hospital, said the walk-in emergency clinic had seen a reduction from around 110 to between 35 and 40 patients a day.

Despite this drop, Mr Dhawahir-Scala pointed out that of the cases that were appearing in the emergency clinics there were less conditions that are treatable within the community, and more of the urgent cases “that have always been important to see in an emergency eye department.”

He explained that as the situation developed, the hospital was quick to try to reduce the number of emergency department attendances for minor conditions, adding: “We felt we needed to make sure those people weren’t coming into the hospital, which at the end of the day is the higher-risk environment.”

Communications were made to the Greater Manchester community to highlight that cases such as conjunctivitis, sticky eye, and red eye that did not involve any pain or reduction in vision, could be treated within the community.

However, as well as a drop in overall attendance, the hospital has particularly noted a decrease in the number of patients attending the emergency department with retinal detachments.

In the first few weeks, there was a massive reduction in [retinal detachments] to around two or three per week. We became worried

In April this year, the hospital saw 25 patients presenting at the emergency department with retinal detachment, compared to 49 in April 2019, a decrease of 49%.

Describing the vitreoretinal unit as typically “very busy”, Mr Dhawahir-Scala said: “we probably see on average 15 retinal detachments a week. In the first few weeks, there was a massive reduction in that to around two or three per week. We became worried because while other conditions may have a little leeway if you defer treatment, this is a sight-threatening problem.”

“We were puzzled as to where all these patients were,” he continued, adding: “My concern at the moment is that retinal detachments should still happen; there is no reason we’ve analysed that could stop retinal detachment from happening.”

This is a reduction, Mr Dhawahir-Scala said, that is being recognised in many retinal detachment units around the country.

The considerations for why these may not be appearing are complex, from patients not wanting to attend hospital due to the risks of catching the virus, to the possibility that lockdown restrictions have led to less dynamic lifestyles which might sometimes promote a detachment.

Mr Dhawahir-Scala suggested it may take a few more weeks to determine the various factors keeping people from presenting to hospital, but added that the numbers of patients have begun to increase again as time has gone by.

Collaboration within the community

Many of the conditions that the hospital has seen a reduction in are those that might be painful but could be handled within the community.

“These are the conditions we’ve seen a reduction in coming. Somebody with a stye, for example. Because it is visible it might make them come to the hospital earlier than those with other conditions that are more blinding but are ‘silent’,” Mr Dhawahir-Scala said.

Manchester will soon be trialling the new COVID-19 Urgent Eyecare Service (CUES), enabling optometrists around the Manchester area to evaluate patients and decide who can be seen and discharged from the practice, and who may need to go straight to hospital.

“This is an exciting collaboration between both optometrists and ophthalmology and is something we have been trying to set up for a long time,” Mr Dhawahir-Scala commented, adding: “It is unfortunate we need to do it now, but it is true that sometimes catastrophes can bring things about in a quicker way.”

“I think now, because of the need, this can bring the service a little closer to the doorstep of the patient. Being seen in a practice nearer to home has much less exposure and is much more appropriate,” Mr Dhawahir-Scala said.

“This is very good news for everyone; patients, because they will have someone on their doorstep instead of coming into hospital, for optometrists to be able to return to practice, and for us, so we can have more focused diseases coming into the emergency eye department that we do need to deal with.

“Optometrists are our filters and can detect those big problems and tell us about them so we can take action,” he concluded. “It is an exciting system.”

How did the Manchester Royal Eye Hospital Emergency Department adapt to the COVID-19 outbreak?

When the situation started to develop I think we were very proactive. Looking at the experiences elsewhere, we decided to act quickly.

We created a COVID-19 screening area at the entrance of the hospital and suspended all elective activity. We were given one of the clinical modules usually used for oculoplastics and we took it over to create an area where patients come in and could be asked about their symptoms, as well as the COVID-19 screening questions.

Any patients without COVID-19 symptoms who had an emergency that needed to be seen were passed through to the emergency eye department where they were seen as normal, of course with personal protective equipment.

Anybody who had a risk of COVID-19 or may have had symptoms compatible with it, and did not have an emergency, were asked to go home and self-isolate and we would see them in two weeks if the situation had not resolved. For patients attending with COVID-19 and problems that needed treating, we have isolation rooms we could put them in to examine and deal with the situation as soon as possible to get them back home so they could self-isolate.

With routine appointments suspended, from the start we looked at everything. Every team in the hospital has gone through all their patients, to ensure all patients are risk are stratified and those at risk can be brought in. It’s a massive task.

Teams like the glaucoma team have been phoning patients on a daily basis and we’ve created lists of hundreds of patients looking at progression, their needs, and if they need to be seen earlier or not. If there is anything that would mean an immediate risk to the patient we have brought them in for the specific clinics we are running to deal with those types of conditions.

I’m proud of how we’ve reacted and the job we have been doing, and are still doing.