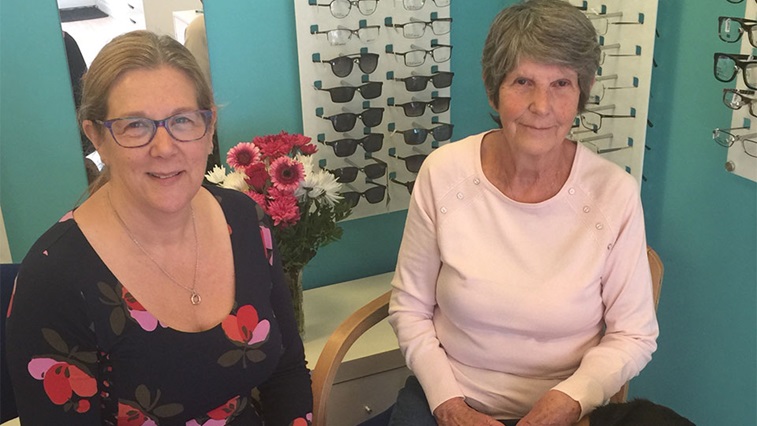 A 73-year-old who was diagnosed with macular degeneration in her thirties has been given a “new lease of life” through support from eye care professionals, optical support specialists and Portsmouth Clinical Commissioning Group (CCG).

As Vera Henning’s condition progressed, she began to struggle to live independently and gave up tasks such as reading, sewing and watching television.

Previously Ms Henning (pictured right) was supported by the local hospital’s low vision service, but the service closed a decade ago and the 73-year-old lost access to the magnifiers and visual aids she once had.

Speaking about the withdrawal of support, she said: “After I was told the hospital would no longer be able to look after me, I had no idea where to go, so I just continued to cope on my own.”

Last year, Ms Henning attended a talk about sight loss and low vision aids that was given by local optometrist Anne Gill (pictured left) at the The Lord Mayor of Portsmouth’s Coronation Homes where she lives.

Following the talk, Ms Henning visited her GP and then attended Anne Gill Eyecare where she was assessed and received a magnifying aid under the Low Vision Aid Scheme by Portsmouth CCG.

Ms Henning called the talk and subsequent care she received a “revelation.”

“My life has completely changed. I have been able to finish the three books I started before I found reading too difficult, sew the hem of my favourite trousers, read and pay my bills, and my family have told me how much happier I am,” she shared.