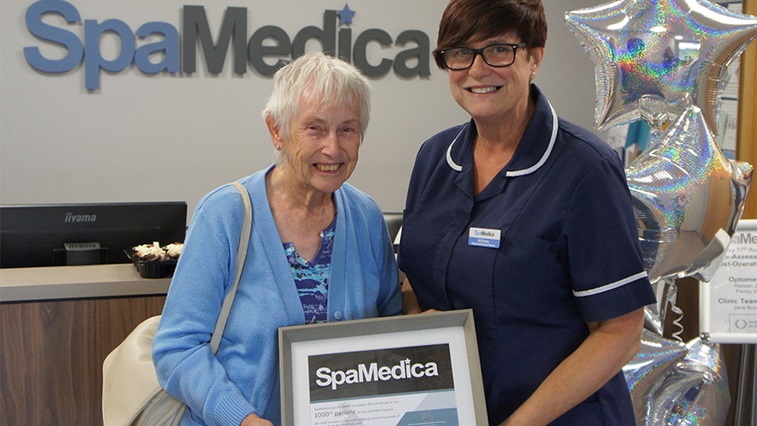 SpaMedica’s Sheffield-based hospital has treated its 1000th patient since opening less than a year ago.

The NHS eye care provider, which is the second largest provider of NHS cataract surgeries in the UK, has conducted almost 1500 surgeries on 1000 patients since 31 October 2017.

The facility’s milestone patient was Rita Mosley (pictured) who was referred for surgery in June and underwent treatment on 6 August. Ms Mosley first became concerned about her sight when she began having trouble seeing her puzzle book.

SpaMedica hospital manager in Sheffield, Alison Pacey said: “To have reached one thousand patients in 10 months is truly an exciting landmark for us.”

Ms Pacey credited team work between staff and local optometrists for the facility’s success. She shared that the hospital runs an accredited partner programme that means around 70% of patients at the facility are able to attend their post-operative assessments at their local opticians and are seen by their community optometrist.

SpaMedica opened its first hospital in Manchester 10 years ago and now has nine hospitals across Yorkshire, the North West and the Midlands.