A year in the life of Moorfields 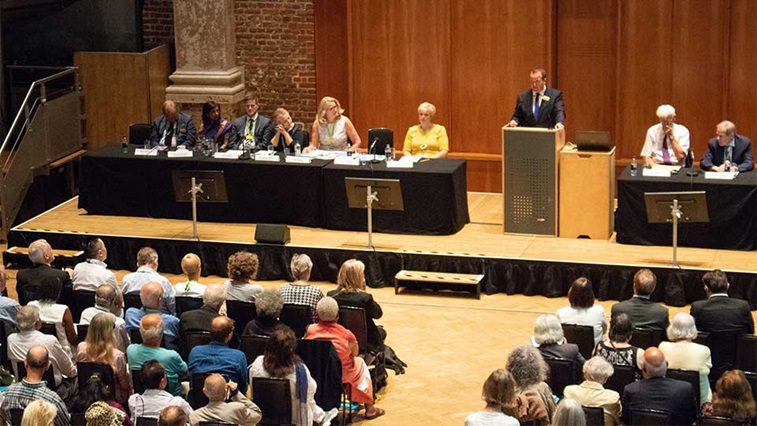 Mr Probert highlighted Moorfields’ involvement in the London Project to Cure Blindness, which aims to use a stem cell-based treatment to treat wet age-related macular degeneration.

Results from a clinical trial published in March this year revealed that patients regained reading vision following the treatment.

Mr Probert also highlighted that Moorfields launched its first patient and carer forum over the past year and developed a patient participation strategy.

Mr Probert explained how Moorfields has a long-term plan to establish a new centre for research, education and clinical care in the St Pancras area in London.

An outline business case is being completed and Moorfields is working towards securing a site for the centre.

Mr Probert said that while Moorfields values research and innovation, a focus on quality is also key.

He mentioned that over the past year, 96% of patients achieved visual stability after injections for macular degeneration while all waiting time targets were met.

Mr Probert added that 97% of patients would recommend Moorfields to friends and family.

“That’s a really important test of performance,” he emphasised.

Over the past year, many patients had taken to social media to express their views on the service provided by Moorfields, Mr Probert shared.

“As chief executive, people do hunt me down and send me messages,” he observed.

Moorfields by the numbers

“I have to say that on the whole those messages are very positive…I read every single complaint and respond but that pile is much smaller.”

Following his presentation, Mr Probert fielded a question from a member of the audience about whether Brexit would have an impact on Moorfields, with potentially higher costs for the provision of eye medicine.

He responded: “It is a serious issue. Like all hospitals, we will be engaging with the Department of Health and NHS should there be any concerns.”

Mr Probert emphasised that Moorfields will attempt to make any impact on service “negligible.”

A further question focused on the safe and sustainable reduction of plastic at Moorfields.

Moorfields board director and consultant ophthalmologist, Declan Flanagan, responded: “Sustainability in general is not far from our minds.”

On the subject of reusable versus disposable equipment, Mr Flanagan highlighted that there has been a general shift towards disposable instruments.

He also highlighted the environmental impact of the detergents used to sterilise reusable instruments.