What is Iluvien used for and how does it work?

David Kent (DK): Iluvien is indicated for the treatment of visual impairment in patients with chronic diabetic macular oedema (DMO) who are insufficiently responsive to available therapies. The therapy, which is an 0.2µg intravitreal implant, is injected into the affected eye and provides a continuous daily microdose of the corticosteroid fluocinolone acetonide for up to three years.

How can it benefit patients suffering from DMO?

DK: Iluvien can benefit patients who are no longer responding to their first-line DMO treatment and may have no other treatment option available. In the clinical trials, the percentage of chronic DMO patients who gained 15 or more best corrected visual acuity (BCVA) letters over baseline at month 36 was 34% compared with 13.4% of the control group who received a sham injection as standard care. The mean BCVA gain for patients with chronic DMO was 7.6 compared with 1.8 in the control group.

Why is it important to treat DMO?

DK: DMO is an inflammatory disease affecting the macula, the part of the retina responsible for central vision. The disease is the primary cause of vision loss associated with diabetic retinopathy, which in turn is the most common cause of severe sight impairment among people of working age. If left untreated, DMO can lead to permanent blindness. The disease is characterised by vascular leakage, tissue oedema and the deposition of hard exudates in the central retina. 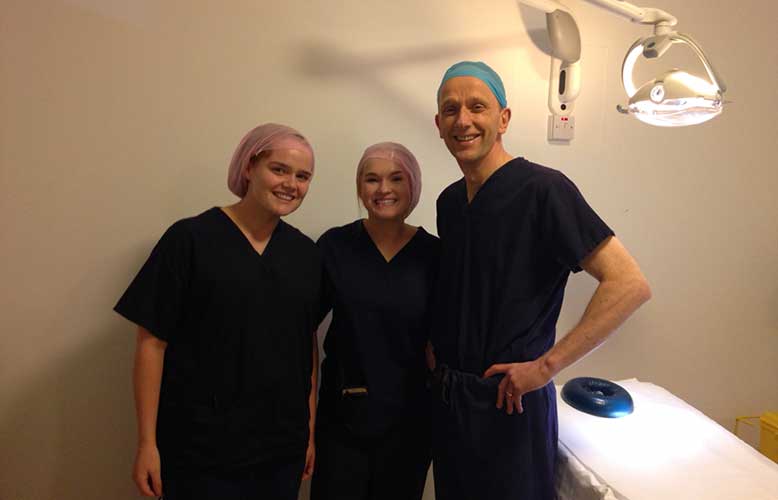 What is the significance of the treatment?

DK: The availability of Iluvien in Ireland is exciting news for patients and retina specialists alike as the frequency of injections is dramatically reduced compared with existing treatments, thereby reducing the treatment burden for all concerned. This means fewer visits to the clinic for the patient, while it also frees up vital time for healthcare providers to treat other patients. Ultimately, Iluvien offers Irish patients struggling on other DMO therapies the possibility of improved vision with fewer injections.

When did you start using Iluvien and why?

DK: Once I heard Iluvien was available in Ireland in September, I discussed it with several of my patients who’ve been having frequent injections for several years now because of their DMO. They were all willing to consider a new therapy, which will not only reduce the number of injections they have, but reduce the number of hospital visits too.

Administering Iluvien was straightforward for myself and the patient. From my point of view, it was simply a case of adjusting to a new medical device while from the patient’s perspective the experience was similar to any previous intravitreal injection they’d received. Now that I have given my first two treatments, I look forward to offering Iluvien to other suitable patients.

Have you received any feedback from patients yet?

DK: I reviewed both patients a week following their Iluvien injection and both reported an experience that was no different from all their previous intravitreal injections – switching was simple. One of the patients called after two weeks to say that he had noticed that his vision was already beginning to improve, which is certainly encouraging.