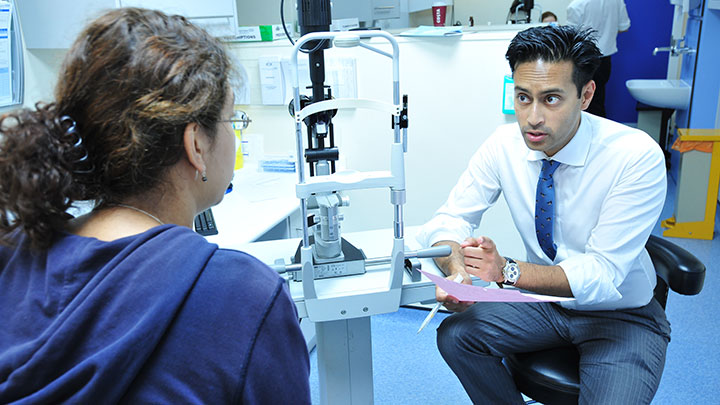 The NHS has released first aid guidance to raise public awareness about what to do in the event of an acid attack.

The measure comes following an increase in the number of assaults using corrosive agents.

The first aid guidance encourages those who first encounter a victim of a corrosive substance attack to report it by calling 999, carefully remove contaminated clothing and rinse the affected area with running water (‘Report, Remove, Rinse’).

“Our doctors and nurses know that every second counts,” he highlighted.

During the past three years, the accident and emergency department at Moorfields Eye Hospital has seen about 1500 cases of chemical injury to the eye.

Mr Das-Bhaumik highlighted that the majority of those cases were accidental.

“These are occupational and DIY injuries. It’s things like getting hair dye, bleach or cleaning fluids into the eye,” he shared.

However, anecdotally, staff are seeing a rise in the number of ocular injuries resulting from attacks using corrosive agents.

Corrosive substance attacks could result in a range of immediate and long-term injuries to the eye.

Acid attacks could result in a range of immediate and long-term injuries to the eye. Mr Das-Bhaumik observed that these can be mild, such as a superficial burn to the lid, moderate, such as the loss of lashes and inflammation and dryness to the cornea, or severe, such as penetration of the eye or loss of the cornea.

Mr Das-Bhaumik added that the attack could cause uveitis or result in a cataract forming in the eye.

“Even in mild injuries, beware the white eye. If an eye is pristine, porcelain white there is a chance that you have got something called limbal stem cell damage or stem cell loss through limbal ischaemia,” Mr Das-Bhaumik shared.

The destruction of these cells compromised the ability of the cornea to heal itself, he explained.

Mr Das-Bhaumik, who works as an eye lid surgeon, outlined to OT that in his practice he saw how corrosive agent attacks affected the conjunctiva and lids.

“The fornix can get scarred, the lid can tether down and it can restrict eye movements in the longer term,” he noted.

It is important to always check under the eye lids, where pockets of debris could be harbouring the substance and prolonging the exposure, Mr Das-Bhaumik observed.

Treating victims of corrosive substance attacks can take an emotional toll on clinicians, he highlighted.

“We are in this job because we believe sight is precious. We care for and sympathise with these patients and do our very best to try and help them,” Mr Das-Bhaumik added.

Association of Optometrists clinical and regulatory officer, Henry Leonard, told OT that most chemical injuries to the eye will need assessment by an ophthalmologist, but optometrists are well-placed to give first aid in an emergency.

“The most immediate management is to irrigate the eyes thoroughly for up to 30 minutes. As a general rule you should irrigate the eyes, keep irrigating them, then when you think you’ve done too much, do a bit more. If possible, try to establish which chemical caused the injury – alkalis are more penetrating than acids, and check visual acuities,” Mr Leonard shared.