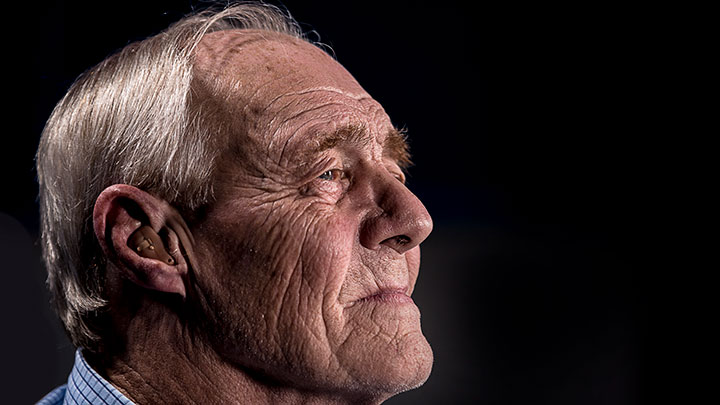 Common threads between the sight loss and dementia care sectors were explored at the Vision UK Conference (15 June, London).

George McNamara is the director of research, policy and innovation at Fight for Sight and has previously worked for the Alzheimer’s Society.

At the Vision UK Conference, Mr McNamara highlighted that there were lessons to be learned by comparing how people with dementia and sight loss are supported.

“When we are looking at dementia, the challenge is very similar in terms of the scale of sight loss and reliance on the health and social care system, as well as on wider public services,” he explained.

Mr McNamara shared that there are 850,000 people living with dementia in the UK – a figure that is projected to increase to more than two million by 2050.

One in four hospital beds at any one time were occupied by someone with dementia, Mr McNamara revealed.

More than 70% of those with dementia had another long-term condition or disability, he highlighted.

“What we know from dementia is that it is important not just to see and act through that particular lens because of the co-morbidity aspects,” Mr McNamara emphasised.

Each member of the Dementia Action Alliance committed to developing an action plan of what they would do to improve the lives of those living with dementia, he explained.

“The Action Alliance brought together leading organisations from across England who were committed and determined to transform the lives of those living with dementia. There was no financial contribution to join. The one commitment was that of action,” he elaborated.

There is potential for those within the sight loss sector to work together to commit to collective action, Mr McNamara highlighted.

“You have a great opportunity, I believe, to be a powerful voice for people with sight loss. But also to something quite innovative that makes people across the sector and the rest of society stand up and think 'This is somewhere where I can make a contribution’,” he emphasised.