An optometrist’s role in dyslexia

Practitioners cautioned against overtreating and urged to do their research 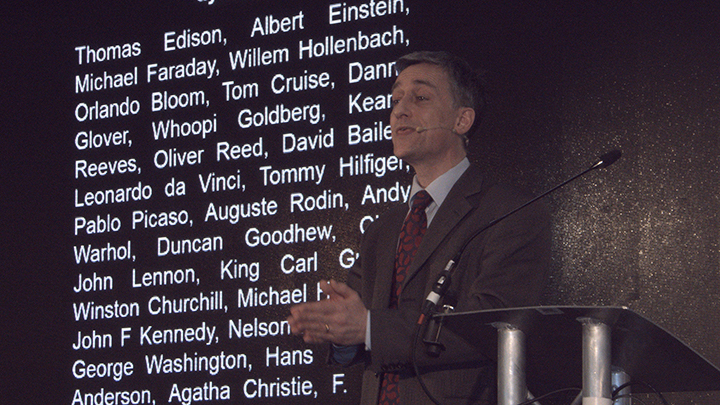 Optometrists have been urged to adopt a “middle of the road” approach to their role in dyslexia. The call came from Professor Bruce Evans (pictured), during his packed CET presentation concluding the first day of 100% Optical (4–6 February, ExCeL London).

Professor Evans, director of research at the Institute of Optometry in London, began by highlighting to delegates at the show that dyslexia was an area that attracted controversy and polarised views.

There were the “zealots” who claimed that visual factors cause dyslexia, he told delegates, adding that on the other hand, there were “deviants” who said that vision was irrelevant to dyslexia. However, he preferred the middle ground that “visual problems can sometimes occur in dyslexia.”

Professor Evans explained various approaches to dyslexia, including behavioural optometry, which took a detailed symptomatology and applied a holistic approach, looking at the child as a whole.

Professor Evans also discussed the value of coloured lenses and overlays but he cautioned optometrists to “listen to the patient’s symptoms and don’t overtreat.”

He warned practitioners to beware of bias and patients picking their favourite colour. “Be sceptical about what a patient says,” he told delegates, adding, “Most schools test with colour overlays but the hope is that the test is refined by basic optometry.”

Professor Evans cautioned that “there are as many therapies as there are practitioners” and urged optometrists to educate themselves. “Every few years entrepreneurs come up with a test and ‘treatment’ for dyslexia,” he warned.

He concluded by urging optometrists to consult the website of the Society for Coloured Lens Prescribers for more information.