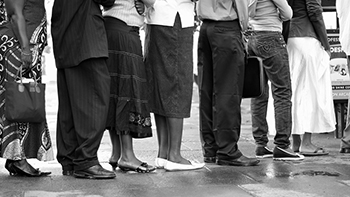 Clinical Commissioning Groups (CCGs) were told that addressing the public’s increasing demand for eye health services could not wait, at an NHS England event this week (7 June).

Speaking at Immediate solutions to address demand and capacity pressures in the hospital eye service, Gloucester CCG eye health clinical lead, Graham Mennie, emphasised: “As a CCG, if eye health is not at the top of your agenda, I suggest it should be.”

Mr Mennie also emphasised the role of primary care providers in the solution, adding: “Community care is where we want the vast majority of care.”

Wolverhampton CCG chief officer, Helen Hibbs, told the CCG attendees about the success her group had seen after introducing the Primary Eye care Assessment and Referral Service (PEARS) in 2014.

Of the implementation, she explained: “To start with it was disappointingly slow but it’s starting to pick up … [However] patient feedback has been extremely good. Patients love this service.”

Ms Hibbs’ advice for other CCGs was to ensure good modelling was done and that a robust pathway was in place prior to introducing similar services. Having the accredited practices bid as one company had also been beneficial, she said.

After PEARS success, Wolverhampton CCG was looking to expand the care offered by optometrists, with a new training programme being run, Ms Hibbs concluded.

She emphasised that qualifications were key: “It was important to be able to accredit our optometrists … [and] say they’ve reached a certain level of training.”

But there was scepticism among some attendees that commissioning enhanced services would solve most eye health demand problems.  There was an issue that the areas in CCGs with the most at-risk patients often had the fewest optometry practices, the attendees heard.

She gave an example of glaucoma services commissioned by a London CCG, adding: “18% of local practices took it up. If you have gone to the bother of commissioning, and if it’s still not accessible to patients, then services are still limited.”

Asked on the possibility of commissioned community optometrists delivering anti-vascular endothelial growth factor injections, University Hospital Nottingham consultant ophthalmologist, Dr Winfried Amoaku, was unconvinced. He explained: “It’s possible to do that, but that requires a lot of upfront investment and training.”

But others countered that a radical approach was necessary, considering the scale of the looming problem.

Royal College of Ophthalmologists president, Professor Caroline MacEwen, warned that inappropriate waiting times for eye care meant that: “Patients are coming to harm through these processes … There’s been a 50% increase in acute care demand and it is set to get worse.

“There are better support services in the community,” she emphasised.