A tale of two nations

OT  speaks to Scottish optometrist Kevin Wallace, and chair of Optometry Wales, Andrew Riley, about what it means to practise in different areas of the UK

In April 2006 there was an announcement that changed the face of eye care in Scotland. The Government introduced a universal general ophthalmic services (GOS) test, meaning that anyone from the UK can access an eye examination in Scotland free of charge.

The move came following extensive negotiations, meetings and lobbying by a trio of optometrists practising in the country.

Discussing this development, optometrist and AOP clinical advisor, Kevin Wallace, who was practising in Scotland at the time, told OT that it was a huge, positive change for the Scottish profession. “It made you feel that you were part of the health service and you felt valued,” he said.

For Mr Wallace there were many benefits that came with the introduction of the universal test and these are focused around having “a single, simple to administer system.”

“There is only one system that runs across the whole of the country; there is no local commissioning and no thinking about where someone lives and where they should go for their care,” he explained.

However, for Mr Wallace, it was what came with the introduction of the universal test that was most exciting. “The funding of the test is not just for the provision of a test and a pair glasses, but for a comprehensive examination of the eye for any eye problems,” he highlighted, adding: “All types of things can be investigated and claimed for under GOS in Scotland.”

Today, optometrists practising in Scotland have a list of compulsory procedures that they must complete during an examination, following what Mr Wallace describes as a “checkbox” system.

Making a long-term investment into the eye care of the public, the Scottish Government also pledged its investment in the profession, Mr Wallace said referring to the funding it receives through NHS Education for Scotland.

“Over the last decade, the profession has had a significant investment in training to support the service that we provide,” he said, sharing that he was thrilled that the body funded his independent prescribing qualification, for example.

"The funding of the test is not just for the provision of a test and a pair of glasses, but for a comprehensive examination of the eye for any eye problems"

Keen to continue enhancing the service provided in Scotland, Mr Wallace is part of a working group that has been formed by Scottish Government. Sitting alongside representatives from Optometry Scotland and health boards, Mr Wallace is complimentary of the Government’s forward-thinking approach.

“[The Government] is keen that eye care continues to move forward and to ensure that the system in place is as effective as possible,” he said.

When it comes to the delivery of eye care, Mr Wallace admits that he would not practise anywhere but Scotland. “I think it’s the best of the four eye care systems at the moment,” he said, explaining: “It gives us the most clinical freedom and the most opportunity to do interesting things.”

However, he also acknowledges that “there is still room for progress.”

In the immediate future, progress will arrive in June when the Government makes adjustments to the current tickbox system of procedures that practitioners must perform, Mr Wallace revealed.

While he cannot divulge any specifics, he does confirm that “we expect it to become much more up to the practitioner to examine the patient and solve any problems by doing the tests that they think are appropriate.”

“While we know that the new GOS was a great step forward in Scotland, we still see overstretched hospital departments who are treating people with problems that we think could be more effectively dealt with in the community, nearer to where they live, in a more convenient and timely manner,” he said.

Almost 12 years on since its establishment, Mr Wallace confirms that sight test numbers have risen since the universal test was introduced. “Because it is universal, we are detecting things in people who would not have normally had a sight test due to cost. It’s broken down that barrier, which is helpful,” he said.

Yet the public’s perception of eye care has been a slower burner, the optometrist admits. “Perception is changing; people are now acknowledging that it is an optometrist they need to go to with an eye problem, but it has been slow.”

Consequently, Mr Wallace shared that it is an area that the Government’s working group would like to tackle next. “We will really be looking at how we can spread this message more widely so that more people realise this,” he said. 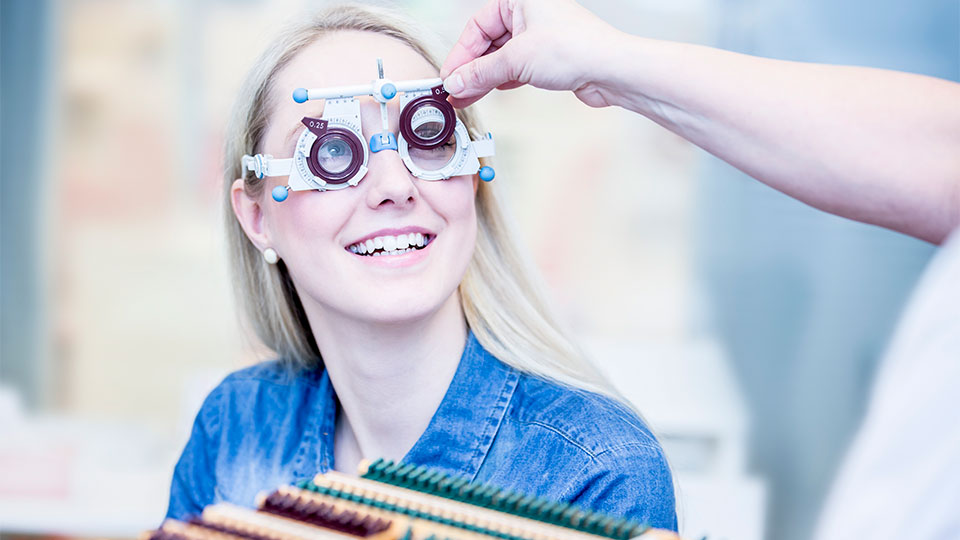 For Scotland’s Southern neighbour, Wales, there has also been progress in its delivery of eye care in recent years.

Optometrist and chair of Optometry Wales, Andrew Riley, explained that the Welsh Government has been very receptive of the profession and wants to work with it to ensure that it steers more patients towards primary care optometry.

While sight tests in Wales follow the same GOS procedures as England, albeit without a contract, as Mr Riley points out, it benefits from also being able to provide patients with extra services through the Wales Eye Care Service (WECS).

Unique to Wales, WECS aims to enable the early detection of eye disease, as well as help people with low vision and those who are visually impaired.

Comprising of three services, the Low Vision Service Wales, Diabetic Retinopathy Screening Service Wales and the Eye Health Examination Wales (EHEW), the latter was introduced in 2014 and allows accredited optometrists to carry out further investigations following a GOS sight test, as well as eye exams for at risk groups.

Key to the introduction of this model, Mr Riley said, is has having a chief optometric advisor based within Government who can “understand the language of both bodies and helps to bring those voices together and make sure that it’s being translated effectively.”

“Having a Welsh Optometric Committee that reports directly to the cabinet secretary has also helped us make strides as it has given us another avenue through which to lobby Welsh Government on what is right for the people of Wales and for optometry in Wales,” he added.

Yet just like in Scotland, Mr Riley admits that, of course, improvements can and should still be made. “We are in constant negotiations with the Government,” he said, adding: “The EHEW, for example, is now managed by a single health board, and we work closely with Government to constantly update and improve the service.”

Referring to drawbacks in the current model, Mr Riley shared: “It doesn’t cover all patients; in terms of sight testing, patients are eligible for GOS in the same way that they are in England, and EHEW covers those who are at risk, but it doesn’t cover everyone.”

“Yes, some people do have to pay for sight tests in Wales,” he added.

So will Optometry Wales be lobbying for a universal sight test in the future? “No,” explained Mr Riley, because: “It’s not a pot of money that never ends, so we want to ensure that it is spent in the best manner. Therefore, we are focusing on areas where we think it will have the most benefit for patients and practices.”

For Mr Riley, this focus is on the education of the public around the importance of a sight test and the role of the optometrist, as well as for the profession developing specialities.

“EHEW is offered in a way that any practice is able to offer all of the services and it is open to everyone, which is fantastic and we definitely want to maintain that, but we can now see that there are areas that optometry can move into which may be not every practice in Wales may want to provide or be able to provide. I think that kind of specialisation within EHEW is not something that is currently allowable, but it is something that we would hope to move towards in the future to allow for that diversification in optometry.”

Overall, Wales’ and Scotland’s goals are not dissimilar. “Our overarching goal always has been and always will be to be the first port of call for eye problems in Wales, to be considered the GP of the eyes by the public, and while we are slowly getting there, we would have liked to have cemented it in the next 10 years.

For Mr Riley, practising in Wales with the methods available “makes a huge difference” to him as a clinician. “It means that you are caring for the patient in a complete way and you are funded to be able to do that, which is fantastic.”