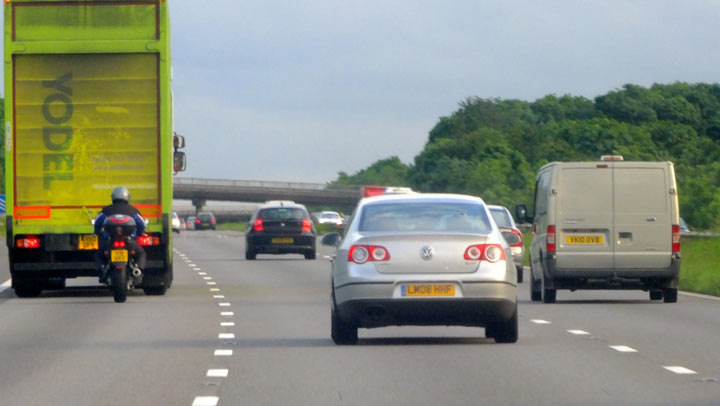 Doctors are being advised to breach patient confidentiality and notify the Driver and Vehicle Licensing Agency (DVLA) if a patient’s health renders them a potentially dangerous driver.

According to draft guidance issued by the General Medical Council (GMC) today (25 November), if a GP finds that a patient’s ability to drive becomes affected by their medical condition, they should raise the issue with them and persuade them to contact the DVLA and to stop driving.

However, if patients continue to drive contrary to the advice from their doctor, GPs are advised to “contact the DVLA or DVA immediately and disclose any relevant medical information, in confidence, to the medical adviser.”

Current legislation places the burden of legal responsibility on the driver to inform the DVLA if a condition or treatment affects their ability to drive. But the GMC’s draft guidelines raise public interest above patient confidentiality, where they may constitute a danger to other road users.

The draft guidance comes in the wake of the crash of a bin lorry in Glasgow in December last year, which killed six people, in which the driver is reported to have lost consciousness behind the wheel.

Chief executive of the GMC, Niall Dickson, said: “Most patients will do the sensible thing but the truth is that a few will not and may not have the insight to realise that they are a risk to others behind the wheel of a car.”

Mr Dickson said that this was “difficult territory” for the regulator. He added: “Confidentiality is not absolute and doctors can play an important part in keeping the wider public safe if a patient is not safe to drive.”

In July this year, OT reported that more than 600 motorists had had their licences revoked due to Cassie’s law, where police officers can revoke a driver’s licence if their poor eyesight renders them a significant threat to other road users.

The current guidance for optometrists from the College of Optometrists reiterates the DVLA’s own guidelines.

Commenting on the GMC draft guidance, the AOP’s professional adviser, Geoff Roberson, said: “Today’s draft guidance for GPs comes from the medical regulator the GMC. The GMC hasn't, at the moment, changed its guidance, just emphasised the breach of confidentiality aspect of it and the AOP’s current guidance doesn't conflict with this. Unfortunately, the General Optical Council (GOC) does not issue similar advice for optometrists.”

Mr Roberson added: “The AOP will be reviewing its guidance, which is in line with that currently offered by the College of Optometrists, and is available to AOP members on our website. If the GMC does indeed change its guidance then we will look at the changes, look at what the College of Optometrists intends to do, and look again at our own guidance.”

A spokesperson from the GOC told OT: “Our new standards make clear that registrants should ‘Promptly raise concerns about your patients…if patient or public safety might be at risk and encourage others to do the same.’ Registrants should use their professional judgement in implementing this. They may wish to use guidance produced by their professional body or others in making this judgement.”

The AOP’s current guidance on driving and the DVLA is available online.