How can optometrists adapt their daily practice in light of professional conduct proceedings? The AOP’s Henry Leonard shares his thoughts 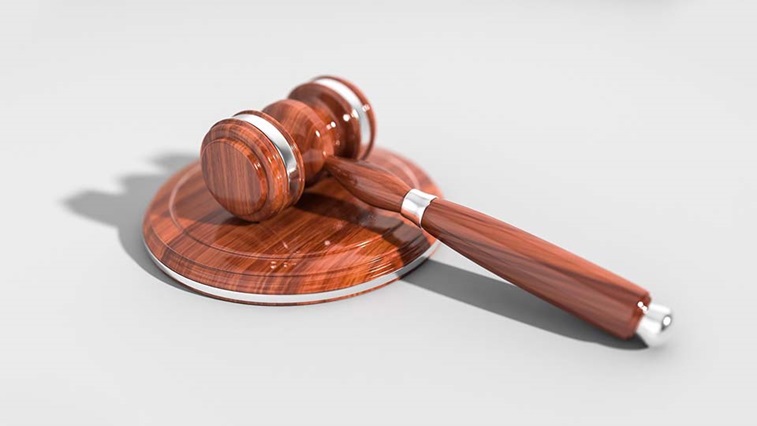 The 2016 conviction of a UK optometrist of gross negligence manslaughter caused many practitioners to examine their own practice.

There was a fear that optometrists might face criminal proceedings for a lapse in judgement or a moment of inattention at work.

The Court of Appeal later quashed the conviction, highlighting that the case was one for the regulator to decide rather than the criminal courts.

What can the wider profession learn from the case now proceedings have concluded? The AOP’s head of clinical and regulatory, Henry Leonard, shared his thoughts on how optometrists can strengthen their daily practice in light of the regulator’s findings.

The GOC fitness to practise committee considered that the failure to conduct an adequate internal eye examination was the most serious aspect of the case against Ms Rose.

Mr Leonard shared that reasonable efforts should be taken by the practitioner to overcome any challenges to completing an internal examination of the eye.

If the view is limited, this should be clearly explained at the time, and practitioners should consider what steps they can take to mitigate the risk of missed pathology.

If a child is having difficulty maintaining fixation on the test chart for example, it may be helpful to enlist the help of their parent or guardian to gain the child’s attention, Mr Leonard noted.

Mr Leonard also highlighted that in February 2019 NHS England sent an ‘avoidance of doubt’ letter to GOS contractors in England.

This sets out NHS England’s expectations of practitioners when examining clinically challenging patients, and confirmed that a GOS fee can be claimed, even when it was not possible to complete the sight test.

However, this only applies when “...a reasonable attempt has been made to examine the patient, appropriate records of this are kept and any legal obligations are met.”

2) If an internal eye examination is not possible, record this

If an internal eye examination cannot be completed for a good reason, then optometrists should record this – including their reasons for not completing the examination and what, if any, steps they have taken to mitigate the risk of missed pathology.

Mr Leonard noted that this may include viewing retinal images instead. In this situation practitioners should take extra care to ensure the images they are looking at belong to the right patient, and relate to the correct date.

If an adequate view is not possible, practitioners should consider rebooking the patient on another day, or recommending an earlier recall than usual.

3) Record findings for each eye separately and avoid ambiguity

The importance of clear, detailed records was a reoccurring theme in the fitness to practise proceedings against Ms Rose.

Mr Leonard emphasised that optometrists should record their findings for each eye separately.

“In the case of written records, it’s not a good idea to record findings such as monocular visual acuities across both lines to indicate that each eye was the same, because this method of recording is ambiguous and could be misinterpreted as a binocular finding,” he highlighted.

Mr Leonard added that practitioners also need to be clear about whether ocular muscle balance for distance and near has been measured with or without correction.

Ambiguous marks should be avoided. In the proceedings against Honey Rose, there were questions about whether certain marks on the records were incomplete ticks – indicating that tests had been completed and were normal – or dashes indicating that the tests were not performed.

Mr Leonard highlighted that ticks are not an adequate way of recording normality in relations to structures such as the cornea, optic disc or macular.

He added that ticks should generally be avoided in written records except in limited circumstances where a ‘yes/no’ response is appropriate.

“Where ticks are used on written records, they should be fully formed, to ensure they could not be misinterpreted as indicating that a test was ‘not applicable’,” Mr Leonard explained.

Complete and accurate records are often crucial to a successful defence, he said.

“If a practitioner hasn’t recorded something of significance, which they later seek to rely on, it may be assumed that it didn’t take place,” Mr Leonard explained.

When reviewing retinal images, make sure the picture is of the correct patient from the correct date and time.

This is particularly important if an internal examination of the eye is unable to be completed for any reason.

5) Avoiding auto-pilot: make sure your records are not misleading

Optometrists should ensure that each result they record is supported by the necessary test or observation.

Mr Leonard shared with OT that practitioners working in primary care will spend a lot of time observing normal results in most of the patients they see.

“These practitioners are at particular risk of inadvertently recording that a structure has been examined and is normal out of habit or because they are working on auto-pilot, even when the examination was not normal, or has not been performed,” he said.

In the case of Ms Rose, she recorded the periphery as normal even though she had not seen it.

Mr Leonard emphasised that practitioners need to ensure that their records are not misleading – either intentionally or unintentionally.

“In situations where practitioners are relying on retinal photographs alone, it’s important not to record that the peripheral retina, or more accurately the mid-peripheral retina, has been examined, unless the images were taken using a wide-field camera,” he said.

Practitioners should not record that a structure is normal on the basis of an absence of signs and symptoms without actually examining the structure.

“For example, whilst abnormalities of the peripheral retina are rare in children, practitioners should not record normality simply because the patient was asymptomatic, unless they have actually examined this part of the eye,” Mr Leonard observed.