Organisers of 100% Optical report a rise in visitor numbers 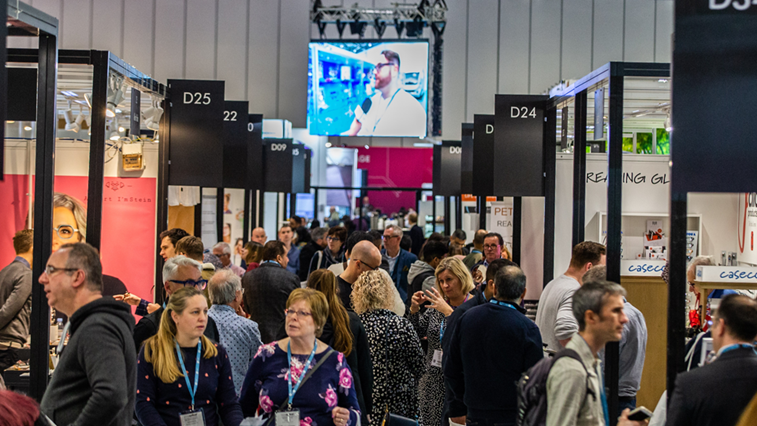 During the annual three-day trade show, which was held at ExCeL London on 25–27 January, visitors could access over 150 seminars, combined with catwalk shows and hundreds of eyewear launches.

Features added to the show this year included a revamped Future Practice Hub, with a consulting room, a diagnostic suite and a dispensing area, in which hands-on skills workshops and educational discussions were held.

There was also an area dedicated to ‘Ones to watch’ eyewear from independent designers around the world including Nina Mur, Unique Design Milano, Covrt Project and 27 Degrees.

Sharing insight into visitor demographics, the show’s organisers revealed that delegates attended the event from over 45 countries worldwide. More than 4000 classified themselves as optometrists and over 2000 as dispensing opticians.

A total of 44% of visitors attended the show from the south, 39% from Wales and the Midlands and 17% from the north and Northern Ireland.

It is estimated that visitor spend was £1.1bn.

Speaking about the show, 100% event director, Nathan Garnett, said: “There has been a continuous buzz of activity in every sector across the three days and the show looked and felt like it has cemented its position in the international calendar.”

He added that it is “rewarding to see the industry unite and have fun, whilst gaining the tools and knowledge to further their career and business.”

Head of education at the AOP, Dr Ian Beasley, who led on the delivery of more than 140 hours of education during the show said it was “the most comprehensive in the show’s history,” selecting daily keynote lectures on the Main Stage, as well as CPD for the wider practice team as highlights.

Robert Morris, founder of William Morris London, which exhibits at the show year-on-year, said: “[Organiser] Media 10 has put this show together and embraced what people are looking for; it does a fantastic job in making our little industry more exciting and interesting. We’ve exhibited at 100% Optical from the very start, and every year see more and more visitors and interest.”

Next year’s show will take place at the ExCeL London on 23–25 January.