“Everything seemed to be in slow motion”

Trainee solicitor at the AOP, Lauren Barnie, and an AOP member, discuss what to do if you are notified of a General Optical Council investigation 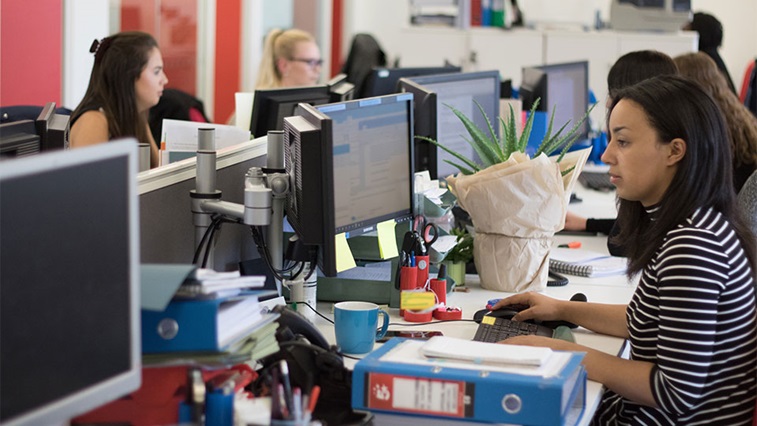 What were the claims made against you by the General Optical Council (GOC)?

AOP member (AM): I got charged with the lowest form of common assault by the magistrates’ court. I was aware of the GOC guidelines and my duty to inform them of any restrictions to practise. The correct thing to do was to tell the GOC immediately, which I did.

How did you feel after being notified that the GOC had opened an investigation?

AM: Everything seemed to be in slow motion. The notification of the GOC’s investigation came back weeks after I’d informed them. Throughout the entire process, I was always chasing the GOC to see what was going on. When I did get notified, the details were wrong and it caused me panic.

How did the AOP help you?

Anon: Without Lauren and the AOP, it would have been a nightmare throughout the process. Being with the AOP was a saviour – there’s no doubt about that. I’m a member of the AOP but I did not understand the value until this moment. It was going to be a negative conclusion without the AOP.

It was going to be a negative conclusion without the AOP

What steps did the AOP advise that you take?

AM: The AOP told me the way to go about things, which helped the outcome to be in my favour in the end.

My biggest fear was that I was going to say something to the GOC that was incorrect out of panic. Lauren made it clear that the AOP and I would do this together and we would not do anything until we’d talked it through. I and the AOP were a team.

How did you feel during the investigation?

AM: I was practising throughout the investigation period. Although my work was keeping me occupied, I couldn’t fully relax. Lauren told me to continue as normal, but I still felt that my career was in the balance. I was completely shocked by the way the whole investigation was run. I expressed this to Lauren and she assured me that this was not an unusual situation.

I understand that most registrants will have some form of complaint or investigation made against them, but I don’t think many of them will be prepared, especially if they are not a member of the AOP. To have an investigation going on while you are still practising is like waiting for a bomb to go off.

What advice would you give to other optometrists if a claim is made against them?

AM: If you’re not a member of the gold-standard insurers in your profession, you’re already massively on the back foot. Immediately phone the AOP, even if you are not sure, because the minute you start doing anything by yourself, you’re in no man’s land.

To have an investigation going on while you are still practising, is like waiting for a ticking bomb to go off

Can you outline why the GOC investigated this member?

Lauren Barnie (LB): As a regulatory body, it is the GOC’s duty to protect the public, maintain the public’s confidence in the profession and uphold professional standards. Therefore, they must be informed of matters such as a registrant’s behaviour which may impair their fitness to practise. A court finding of common assault would therefore be of interest to them and would no doubt trigger an investigation to examine whether the registrant’s fitness to practise is impaired by virtue of the conviction.

When a matter is raised against a registrant, how important is it that AOP members get in touch early?

LB: It is absolutely critical that our members contact us as soon as they are notified of an investigation or become aware of a matter which may require a declaration be made to the GOC. The benefit of our experience and advice enables our members to present their best case from the outset.

We can only act on a member’s instruction and their matter will not progress without their involvement. Such engagement also ensures that our assistance is tailored to the facts of the member’s particular case; and often provides members with the assurance that we are there for them.

How can registrants help themselves when they get into trouble?

LB: Try not to panic. Our members should feel assured in the knowledge that they have an expert team behind them who will act only in their best interests.

What steps should they take throughout the process?

LB: In my view, the most important step a member can take throughout the process is to face the matter head-on; fully engaging with the AOP and, with our assistance, the GOC.

If necessary, members can also take steps to build on their understanding of the events which have led to the issue to ensure such matters do not arise again. CET, shadowing sessions and other methods of further learning often prove to demonstrate to the regulator that our member has taken the matter seriously. Furthermore, enhancing their existing knowledge and skills is always in the member’s best interests, regardless of the merits of the allegation(s) made.