Only 17% of qualified optometrists prepared to move for “ideal” role 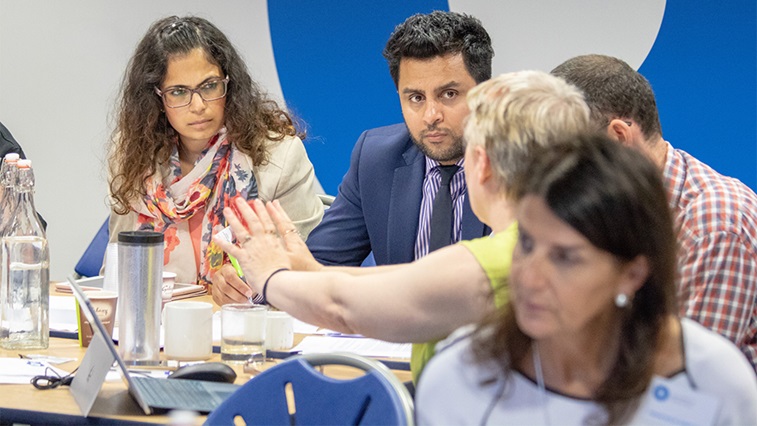 Key results from a workforce survey involving more than 2000 optometrists were presented at the AOP’s latest Council meeting (6 June, London).

Research consultant, Dilys Robinson, presented the initial findings from Optometrists’ futures: a survey of recruitment, retention and career aspirations of the optometric workforce.

Of the pre-reg survey respondents, 87% were working for a multiple and 85% said they intended to continue working with the same employer after their pre-reg year.

However, 60% of pre-reg respondents said they would be prepared to move for an “ideal” role.

Ms Robinson said that this contrasts with optometrists who have already entered the workforce as registered optometrists, with only 17% prepared to move for an ideal position.

“Maybe if you want to secure an optometrist you have to reach them early in their career,” she highlighted.

The survey revealed that 20% of registered respondents performed locum work in addition to their main position.

Factors that contributed to a preference for locum work included flexibility (89%), variety (35%) and the level of financial reward (54%).

When choosing a role, the factors that respondents prioritised included the company’s values, reputation and culture as well as a location that is close to home.

Respondents were most satisfied with their colleagues (82%) and location (80%) in their current role.

Ms Robinson shared that while linking job satisfaction to workmates is a common theme across professions, location does not rank so highly in similar surveys of other professions.

When asked about their short-to-medium term aspirations, 77% of registered respondents said they intended to stay in the same geographical area.

In terms of long term career objectives, 57% intended to stay in the profession until they retired, while 25% said they would like to own their own business at some point.

Of the registered respondents responsible for staffing decisions, close to one in four said they had a current vacancy for an optometrist and 42% said they found it difficult to recruit newly qualified optometrists.

However, 39% of those responsible for hiring decisions reported finding it easy to retain an optometrist that they wanted to keep.

“Attracting optometrists seems to be a little bit harder than holding on to staff once you’ve got them,” Ms Robinson observed.

Ms Robinson shared that the average age of respondents was 40, while 68% of those who answered the survey were female.

Following the presentation, councillors offered thoughts on how the survey results could be analysed further to generate new insight.

Suggestions included how the findings gathered through the survey compare to other professions, such as medicine, nursing and dentistry.

Councillors were also interested in a breakdown of the findings by age, gender and geographical distribution.

During the meeting, councillor Kevin Thompson prompted a discussion with his ideas for an alternative model for reimbursing optometrists for the General Ophthalmic Services (GOS) sight test.

Mr Thompson highlighted that the number of people on benefits receiving a GOS sight test had reduced, while those who could afford to pay for the test now makes up around 80% of tests carried out.

“There’s something crazily wrong with that,” he emphasised.

Fellow councillor Gordon Ilett detailed the challenges that the Optometric Fees Negotiating Committee faces in trying to argue for an increased fee.

“The position that we’re in is because of negotiations that have gone on historically,” he shared.

Mr Ilett observed that optometrists have traditionally over-performed for the level of reimbursement they are provided with by the NHS.

He highlighted that significant changes to data protection law came into effect in May, with the AOP receiving more than 100 queries from practitioners about the impact of the changes.

Mr Stafford shared that one of the key concerns that the AOP had around the changes was that optical providers were viewed as a public authority under the legislation, requiring the appointment of a Data Protection Officer who is independent to the management of the business.

He emphasised the difficulties of fulfilling this requirement within a small business.

However, Mr Stafford said the Information Commissioner's Office had recently signalled it would take a proportionate approach to this rule for small practices, suggesting that appointing a manager as a Data Protection Officer would be permissible if they were the only suitable person within a business.

He added that it would be important for a practice that does this to record their reasoning.

Mr Stafford shared that future communications to members around GDPR would focus on reassuring practitioners.

“It’s not the end of the world, everyone has to deal with this,” he observed.

During the meeting, a secret ballot was held for the election of two new members on the AOP Board. Tushar Majithia and Emma Spofforth were elected to the posts.

Councillors also received updates on the GOC’s education strategic review and new draft standards for business registrants, as well as IT connectivity in England.

The next AOP Council meeting takes place at the AOP’s London offices on 31 October.