On set with the AOP

The lead actor of the new AOP legal drama, Bhavnisha Parmar, talks to OT  about how she prepared for the role by drawing from the experience of being her sister’s guinea pig 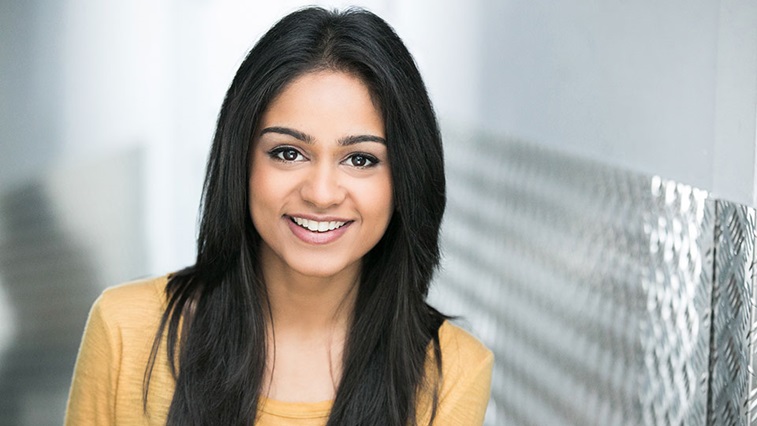 The household that I grew up in inspired me to become an actor. My brother and sister were very creative and my dad used to be a wedding filmographer. There was also a lot of Bollywood films on in the house so I picked up on a lot of influences. I used to write poetry, enjoyed watching dance and listening to music, but then I wanted to take it a bit more seriously and decided to study it.

When I first read the brief for the AOP role, I had a head start because, by coincidence, my sister is an optometrist. Everything she was doing at university or at work, I was involved with as well. I was her guinea pig while she was doing her pre-reg. Any inspiration I took from her for this role came from when she used to test my eyes.

My sister started as a locum and then she worked in a hospital. She’s really had a mix of experience across her career. Another coincidence is that my sister’s best friend from university works at the Linklater and Warren practice in Chislehurst that we shot the film in. My sister takes the kids there for their eye tests. Fortunately, my sister has never been in the situation where she’s missed something and had to seek legal help. However, she does know of situations where that has happened and how scary it was for that person to deal with it.

OT was always on the coffee table at home, so my mum is very pleased that I’m involved with the film. A couple of my cousins are optometrists as well, so it was always in the household. But I didn’t know the specifics of what they go through – the daily ins and outs, and intricacies of the job.

When I was preparing for the role, I took all the facts and had to understand the practicality of it because there are lots of aspects that I would not have understood if I had not asked professionals to explain them.

Then it’s about what we do with the production company. You hone it into real life and you understand the emotions within the context of what’s happening. You also have to try and gel as much as you can with the production team and other actors. By doing that, it naturally comes together. You never know how a day is going to go, so if you’re prepared with your lines and things change, like the location, then you can adapt quickly. 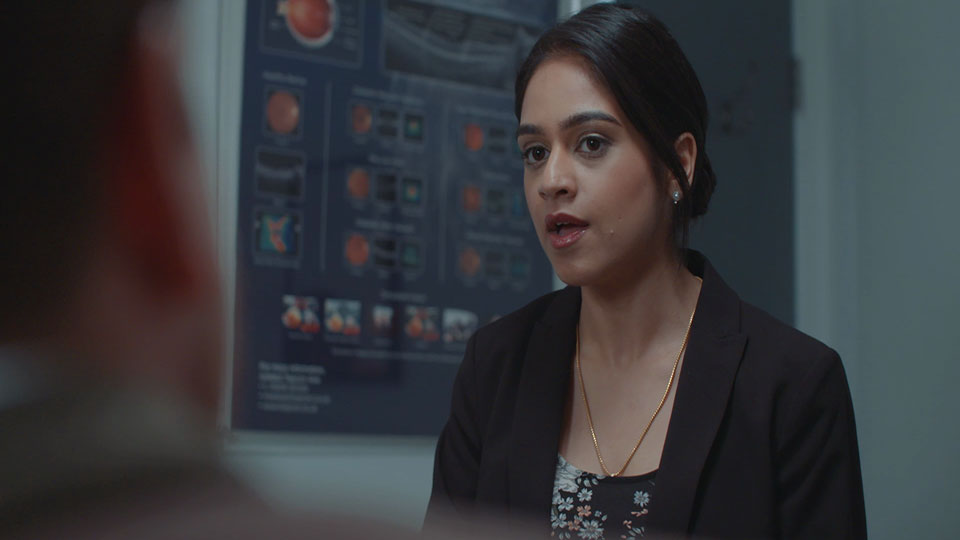 The journey of how my character has grown as a person with the job over the course of the two films is really interesting. She has a lot more to take on. It’s about understanding how to balance work and life. Sometimes you can think that you’re settled in your career and then life hits you. She’s grown as a person and is trying to apply that in her career.

Working on the films has made me realise how important eye health is. I think people take it for granted, like the dentist. I’ve learnt so much about the industry in terms of what people’s roles are and the pressures they face. It means that when you go into the opticians, you think about what their day has been like.