Nominations to open for AOP Awards 2018 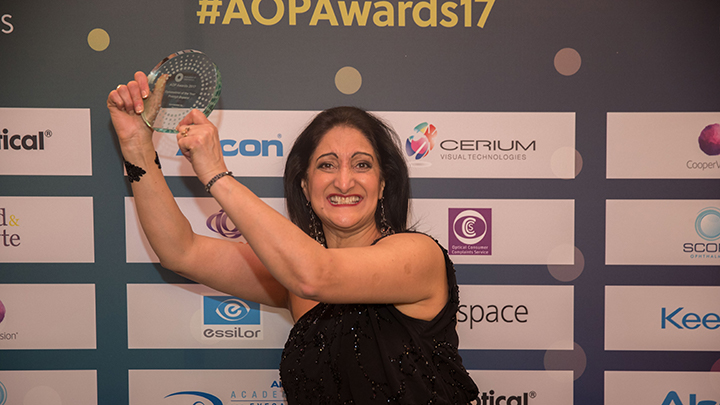 Nominations for the AOP Awards 2018 will open on Friday (26 May) with a call for practitioners to recognise the professional achievements of both themselves and their peers over the last 12 months.

The AOP Awards was launched in 2010 with the aim of celebrating the achievements of those in the profession who go above and beyond the call of duty. Since their introduction, the Awards have become a highlight in the optical calendar, and in 2017 moved to a larger venue.

New categories confirmed for the 2018 awards are the Health and Wellbeing Practice of the Year and Frame of the Year.

Commenting on the new categories, AOP chief executive, Henrietta Alderman, said: “One of the best aspects of the AOP Awards is the opportunity it gives to celebrate diversity and passion in optics. In keeping with this, Frame of the Year will highlight innovation in the sector, as chosen by those who work within it.

She continued: “The 2018 Awards will also recognise the importance of a positive working environment with the introduction of Health and Wellbeing Practice of the Year. The event has always looked to celebrate those organisations and individuals who promote wellness among their colleagues and we’re delighted that this new award will shine a spotlight on that important work.”

In 2018, the optical assistant category has been extended to celebrate the achievements of an Optical Team of the Year.

The Awards ceremony will culminate in the presentation of the Lifetime Achievement Award, which is given annually to someone who has dedicated their career to promoting and expanding the role of optics, or who has brought the benefits of optics to a wider audience.