As planning for 100% Optical 2017 is in full swing, OT  looks ahead to the London tradeshow and shares details of what’s new and returning 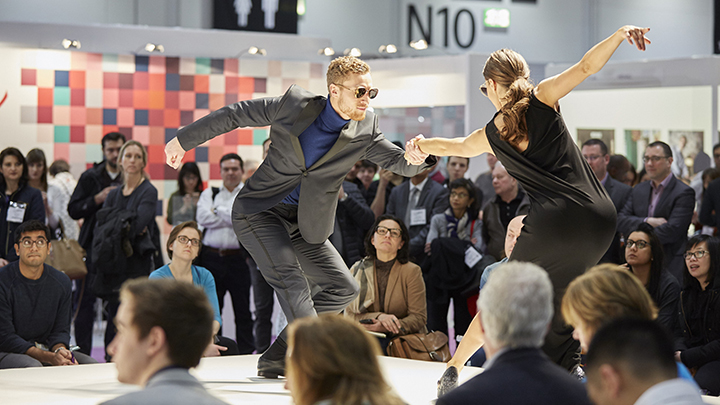 Attracting crowds of 7000-plus delegates, 100% Optical will return in 2017 with the mission of increasing footfall further still with more new and returning exhibitors than ever before.

More than 100 companies have already signed up to exhibit at the three-day event, which will be held at London’s ExCeL Exhibition Centre on 4–6 February.

Big industry names returning to the show include Specsavers, Zeiss UK, Scope Ophthalmics and Birmingham Optical, while 20 new names have been attracted to the show, with Optos signed as a new exhibitor for 2017.

Speaking about attending 100% Optical, Optos vice president of sales Europe, Gareth Steer, told OT: "Optos is very much looking forward to being part of 100% Optical for the first time. We are excited to be rapidly expanding our footprint as we continue to work with more and more optometrists, who are seeing the clinical and financial benefits of introducing Optomap into their practice."

As well as featuring in the Equipment and Machinery Hub if the exhibition, Optos will run a series of education events on its ultra-widefield technology. “All delegates are welcome to personally experience this technology in action and see amazing images of their own eyes when they visit our stand,” Mr Steer added.

Returning to the show for a second consecutive year is Birmingham Optical, which will also be based within the Equipment and Machinery Hub on the exhibition floor. Head of marketing at Birmingham Optical, Zoe Smith, confirmed that the company would expand its presence at the 2017 show.

She told OT: “We are excited to be returning to 100% Optical in 2017 and look forward to showcasing an even bigger portfolio of market-leading products and expertise. With a bigger stand, we will demonstrate the innovative technologies from Nidek, Oculus, Keeler and Frastema.”

"There is a real excitement and buzz at 100% Optical that is absolutely perfect for its 'fashion capital' location...Exhibiting again in 2017 is a natural decision"

Ms Smith added: “100% Optical allows us to share our expertise and leading brands with new and existing clients, generating some really interesting conversations and helping delegates differentiate and move their practice forward.”

Returning with a much increased stand is Specsavers, who’s co-founder, Doug Perkins, told OT: “We're delighted to be returning to 100% Optical, having been very pleased with the response to our appearance at the show last year.”

Also returning for another year is Scope Ophthalmics, which believes that the show provides it with a great platform to launch new brands, showcase existing products and interact with its customers.

“The success of the show increases year on year and we look forward to meeting the growing number of delegates attending,” said Scope Ophthalmics marketing manager, Paul O’Reilly. “We look forward to returning to the show in 2017 with products, education and tools to support optometrists and opticians,” he added.

Zeiss has exhibited at the show year on year since its inception is Zeiss. Confirming its attendance for a fourth consecutive year, Zeiss marketing and communications executive, Emma Baynes, told OT that Zeiss is excited to be part of 100% Optical for 2017, as the show continues to grow. She said: "With the success of our ‘Lunch and Learn’ sessions at the show this year, we will be bringing even more free education to delegates next year, along with the latest technology that Zeiss has to offer.”

Eyewear, from both the UK and further afield, has always been a highlight of the show, with several hundred new frames on display during this year’s event. As the eyewear offering in the exhibition has grown, so has the hub in which it is delivered. The show will return, once again, with an Eyewear Hub of two halves – one area for branded eyewear and a second for independent eyewear. 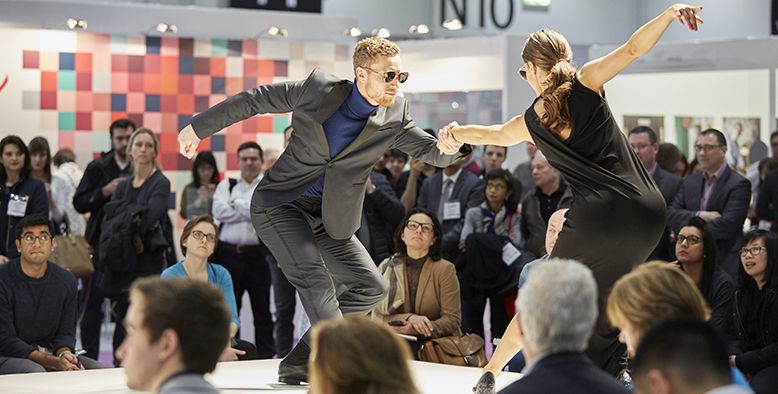 Returning in 2017 is British company Continental Eyewear, whose sales and marketing manager, David Strathie, told OT of its return: “This will be our third consecutive show and we are confident of a great exhibition after a very impressive show last year."

"With a new stand design and a few surprises in store and a huge range of new styles on offer across all of our collections, we look forward to welcoming customers from the whole of the UK and beyond,” he added.

Another British brand returning to the event is Eyespace, following a successful first show in 2016 which saw it taking orders past 8pm on the opening day. Its marketing manager, Nicky Clement, told OT: “There is an excitement and buzz at 100% Optical that is absolutely perfect for its ‘fashion capital’ location. For our London exhibition premier, the show far surpassed all expectations – a company that avidly engages with the cutting-edge of fashion and design, exhibiting again in 2017 is a natural decision.”

Having proved a popular feature in years past, the fashion shows will once again be hosted daily in the Fashion Hub. These shows will see models hit the catwalk in order to showcase the newest eyewear designs from companies exhibiting at the event, offering delegates an insight into the latest fashion trends and inspiration for products in the coming season.

New to the show

Since the show launched in 2014, the organisers has utilised its trademark floorplan concept, delivering a show across four hubs that are designed to create a positive and easy-to-navigate experience for the attendee.

100% Optical is looking to enhance the visitor experience and has added a number of successful elements such as the rebranded Dispensing Workshop, and dedicated Equipment, Lens and Fashion Hubs.

Next year will see an emphasis on bringing visitors and exhibitors closer together by offering various networking opportunities for professionals at all levels. There will be a special VIP-hosted buyers' programme, giving exhibitors the opportunity to meet on a one-to-one basis with buyers. In addition, exhibitors will be able to host happy hours on their stands.

Reflecting on the show to date, event director, Nathan Garratt, told OT: “100% Optical has gone from strength to strength since our successful launch in 2014 and is now the UK’s best-attended optical event with just three editions under our belt.

“We have a record number of exhibitors already signed up for next year’s show, and this is a testament that 100% Optical delivers real quality visitors who are coming for our world-class mix of products, services, education and content.” 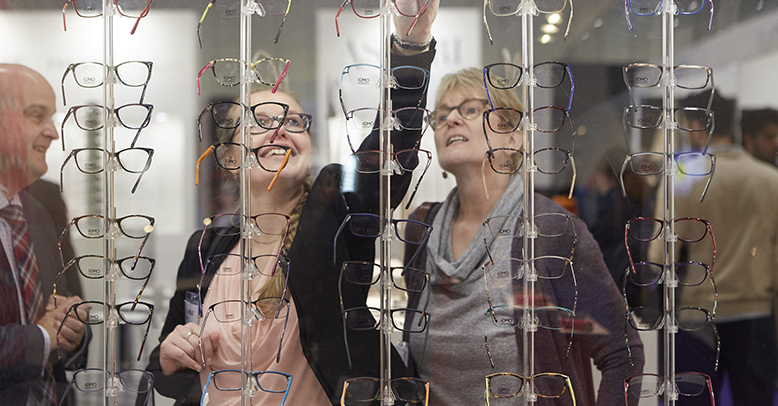 Furthermore, Fight for Sight has been confirmed as the event’s charity of choice once more, with more details of its activity at the show due to be revealed over the next few months.

Fight for Sight chief executive, Michele Acton, said: "We have been working in partnership with 100% Optical to raise awareness of the importance of eye research at the 2015 and 2016 shows and our third year promises to be bigger and better. The show has given us the platform to highlight the vital eye research we fund and our mission to create a future everyone can see.”

Registration opens mid-September. For more information, visit the show's website. Learn more about the AOP-organised education programme that will be held during 100% Optical in the October edition of OT.

In 2017, the AOP Awards head to London to be held alongside 100% Optical on the Sunday evening of the show (5 February).

The AOP Awards was launched to celebrate the achievements of individuals and organisations in optics, and since its establishment in 2011 has become a highlight in the optical calendar. The alignment of the Awards to 100% Optical will allow the event to showcase excellence in the profession on a larger scale, with benefits for AOP members, guests and delegates.

The move to a larger venue also brings the opportunity for more practitioners to attend the event with individual and table tickets available to purchase. For more information, email [email protected].

A judging panel of industry experts are currently deliberating the Award nominations and a shortlist will be revealed in the next edition of OT. The profession will then be encouraged to vote across the 11 categories voting opens on September 30.