The show must go on

The AOP’s new legal video was a success, and the final product is a new opportunity to showcase the crucial service that the AOP legal team provides. 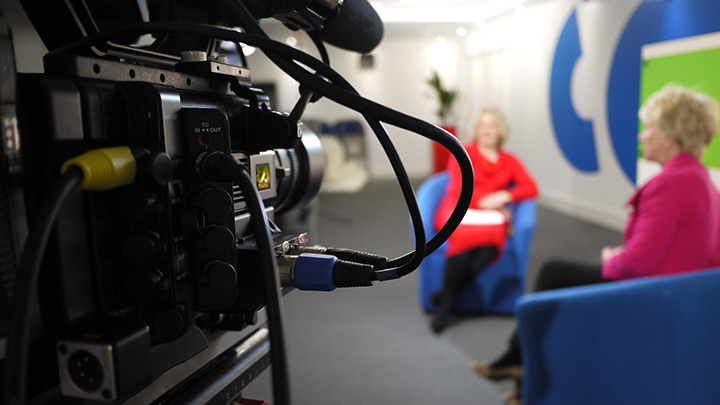 I have to admit it. Upon taking up my job, killing a fish did not appear to feature on the job description for the role of communications director at the AOP.

As a huge animal lover and long-time trustee of the RSPCA Central London Branch, killing fish does not constitute any part of my life. However, this was the situation I found myself in on the third day of filming our new legal drama. One of the fish in the studio's green room tank started leaning precariously to one side mid-afternoon, and was sadly floating upside down by the end of the day.

We had, of course, checked that the filter could be turned off for periods of the day as we knew the noise would affect the film’s sound quality, and we were reassured by the studio's 'fish expert' that it could be off for up to six hours. We can only hope that it was just an unfortunate coincidence – even so, we were tempted to dedicate the film in memory of our scaly friend.

However, I am pleased to report that the rest of filming went smoothly, and this month we will be launching the film to AOP members and OT subscribers. The film is in two parts – the first a 20-minute drama based on a typical day in practice; the second a Q&A between the AOP’s legal and regulatory director, Gerda Goldinger and legal and regulatory assistant director, Fiona Mitchell, discussing a number of issues covered in the film.

The drama element of the film is based on a topical script we had used in our 2015 legal roadshows, covering practice throughput versus the time needed to complete a sight test, maintaining accurate records, dealing with missed appointments, workplace bullying, and General Optical Council complaints – all of which the legal team tackle day-in, day-out on behalf of AOP members. We have secured one non-interactive CET point for the film.

Reproducing the script as a short film enables us to significantly increase the amount of members who can access the information. We currently have over 4000 online CET exams taken every month; the convenience for the user being the ability to obtain CET points 24/7, wherever they choose to watch it. And any opportunity for us to remind members of the value of the in-house legal team and the need to remain a member in order to access AOP support across a range of issues should not be missed.

It’s over to you now to let us know what you think. Should we be investing more in alternative ways of learning such as this? Accidental fish deaths aside, we hope you agree it has been worthwhile.

The production of the film was made possible thanks to donations from the Central Fund and original Optical Consumer Complaints Service. We would like to sincerely thank them for their support with this venture.