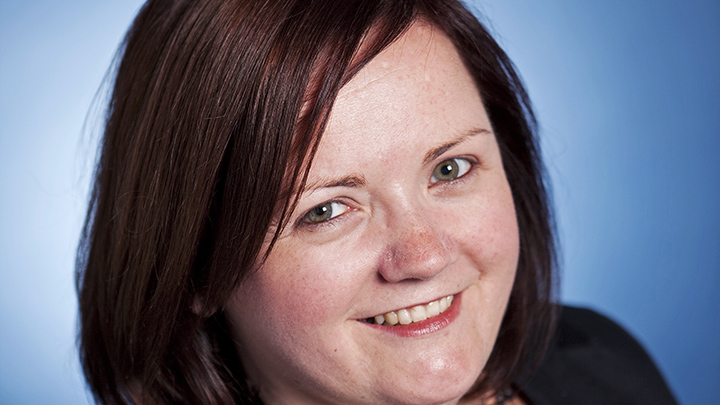 What do delegates get out of the National Optical Conference (NOC)?

People attend the conference for a number of reasons. One is to hear the latest news on policy and national thinking around the issues which affect the sector and beyond. A lot of delegates also attend as representatives of their Local Optical Committees so that they can hear about the successes of other areas, enabling them to learn from what has worked well in other areas.

What is also of benefit for delegates is the networking opportunity that there is, which allows them to share their thinking, successes and challenges with others,  and get a first-hand experience of what services are being commissioned and developed across England.

There were a number of new elements to the conference this year. How were they received?

The longer, outcome-focused workshops were a great success. The programme included six hour-and-a-half, interactive sessions which covered a whole range of topics. One example is the workshop which focused on how LOCs might develop a public health plan or strategy in their area. It covered some really interesting things which are going on in dementia and learning disabilities in the north east, and gave delegates first-hand experiences from those involved in the Healthy Living Opticians model in Dudley. There was a whole range of delegates in that workshop and everyone got involved and was really interested – the questions were non-stop.

One of the most popular workshops was run by LOCSU optical leads and board members covered LOC Companies and commissioning. Everybody that was involved in the workshops put so much energy into making sure they offered something different and they worked really well.

While some felt the workshops were long and wanted to attend more than one, the length gave them the opportunity to really delve into a topic and get involved. We encourage LOCs to send at least three delegates so they can take back a mixture of experiences and perspectives. It was a great advantage for those who did that.

How was the key message of data explored at the NOC?

There was a whole session dedicated to data on the Friday that started with a preview of the national Data Repository, which will be introduced by LOCSU in 2016. During the session, chair of LOCSU’s Clinical Advisory Group, Trevor Warburton, spoke about how valuable community service data is for the profession. There were also presentations on research and public health, including discussion around the portfolio of indicators that the ophthalmic public health committee has developed to be able to try to get a measure of how areas are doing across the whole of eye health and the clinical expertise of that platform.

Consultant ophthalmologist Professor John Sparrow spoke alongside head optometrist at Moorfields Bedford Wendy Newson on the national ophthalmology audit. All of the data work presented showed just how much the whole eye health sector can learn about what works and what doesn't, and what more we should be doing to improve things.

"The highlight was seeing how much things have moved forward in areas...when you see some of the improvements being made, it's very inspiring"

David Geddes returned to the NOC stage this year. What was his key message?

As head of primary care commissioning at NHS England, David Geddes is a great champion for eye health and our sector. He was realistic with people about how what we do in eye health has to fit into the wider health agenda and NHS policy. He encouraged delegates by confirming that eye health has a key role to play in the new care models and NHS England's thinking. His key message was that the holistic approach of looking at the whole person rather than just one thing in isolation is the way forward.

What was the highlight of this year's NOC?

The highlight was seeing how much things have moved forward in areas. I think we are all very realistic in the challenges to get things commissioned and to get NHS commissioners to understand the value that our professions can add, so when you see some of the improvements being made, it’s very inspiring.

Another highlight was having so much involvement from ophthalmology this year in the programme. President of the Royal College of Ophthalmologists Professor Carrie MacEwen's keynote address opened the conference during which she highlighted that the future is working together and that is key for the professions to advance.

What was the take-home message for this year's conference?

My key message to delegates was about sitting around the table with their acute trusts because the expertise required around what can be done to improve eye health services and overall services for patients is among the professions – optometry, ophthalmology, opticians, orthoptists and so on. My message was that if you are not already looking ahead at what you could work better together on, and delivering care across primary and secondary care, get out there and do that as a priority.