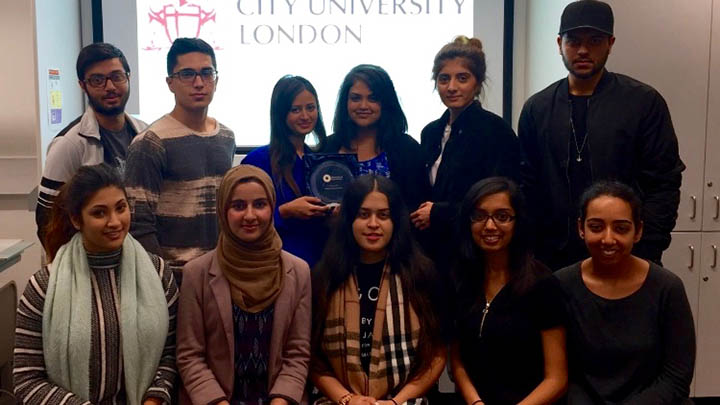 A short film produced by students at City University London to promote optometry as a career in a fun and engaging way to 14–18 year olds was named the winner of the 2015 AOP Film and Television Awards (AFTAs).

Hosted annually by the AOP, the winner was revealed during the AOP Student Conference, which was held at Center Parcs Sherwood Forest resort last month (28–29 November).

Led by second-year undergraduates, Amritha Nandakumar and Sana Esoofjee, the group of students created a video which paid homage to book office hit The Hunger Games. The film focused on The Optom Games and saw contestants battle it out to get on the General Optical Council registers.

Speaking to OT after being named the winners, the students said: “Winning felt really good and making the film brought us all together to bond as a group."