A touch of bespoke magic

What is the latest frame or collection you are launching?

September will see the launch of MD1888, a collection that has been in development for three years now. This collection’s full name is Morgan Davies, which was my old family name, but my great grandfather dropped the Morgan when he moved to Liverpool from Wales in 1888.

It features a hinge I’m hoping to get patent approval on soon and is available to order for customers with different temple lengths and lens sizes. It is a sort of stripped-down bespoke service, but since all parts are in stock, delivery is instant.

What are your plans for the business over the next 12 months?

I’m rebranding my company to the House of Tom Davies, with all of the brands based around Great Britain. I will have an English brand through Catch London, and MD1888 will represent Wales. There will also be a Scottish and a Northern Irish brand. Everything will have its own speciality.

What impact did the pandemic have for the business? How did you respond?

In January 2020, I was sitting in my factory in China with my chairman, celebrating Chinese New Year. We had sold nearly three times as much in January than we had ever seen in any other month. The virus was just kicking off in China and about three weeks later my factory, in Shenzhen, was closed down.

My long-term goal was always to close the factory in China as I wanted to make glasses in Britain and train up young people, but we were planning a five-year transition to UK production and were only about a year and a half in.

During lockdown I couldn’t hire anybody. We couldn’t get components or parts and ships would get stuck in quarantine. Every time we tried to open up, we’d have to close for one reason or another.

There were times when I was one of the only ones in the factory. I was doing a lot of social media, creating videos of myself hand-making glasses for YouTube and Facebook, and was getting thousands of views. I just wanted to keep the brand out there.

It was only earlier this year, when the vaccination programme started working, that things started to get back to a form of normality.

Moving the factory to England has been like five years rolled into 12 months. I wonder if I would have been able to close my factory in China without the pandemic. The team were like family and it was devastating, but it was the right thing to do.

What is your outlook going forwards?

It feels like there is so much changing and I don’t think anyone has been able to take stock of it yet, but I think that opticians will probably come out on top at the end of it. Practices have been somewhat protected from the worst of the pandemic from a retail perspective by nature of the medical service that we offer.

Business rates are something that need to change. It’s always been a bit of a problem having all my stores in central London, and I think for the whole retail industry now that is a problem that needs to be addressed.

In terms of eyewear, from an optician’s point of view, I think it has strengthened our place in the market. People have almost been grateful to be able to go out and buy their glasses and have been spending more. I think people have also started wearing glasses more while on their Zoom calls. 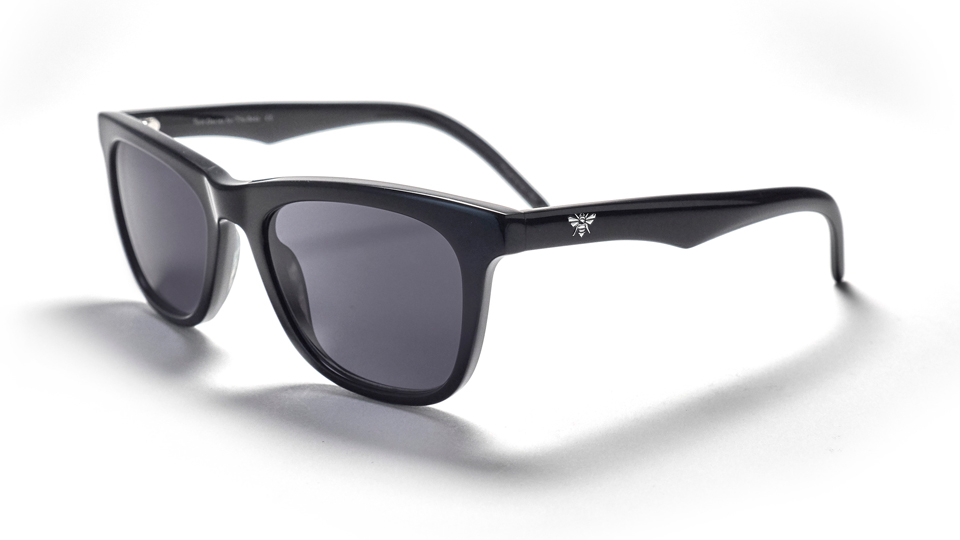 I hired 10 young people from the local area in Brentford through the Government’s Kickstart Scheme, which is designed for 16–24-year-olds who have been unemployed for a while. I hired these talented young people for my production. They are so enthusiastic and want to learn how to make frames – they are magic.

I think it’s a nice local project and in the spirit of what we’re doing as a business. The sunglasses will be made by local Brentford people and sold by the football club.

More Behind the brand