Made in collaboration with Yair Neuman, the frames are made from a material that uses discarded ‘dummy’ spectacle lenses

Cubitts has launched a new capsule eyewear collection featuring frames made from discarded spectacle lenses, made in collaboration with conceptual product and eyewear designer, Yair Neuman.

Frames in the Fused microcapsule collection are made from Delerex, a material invented by Neuman and made from discarded ‘dummy’ lenses, using no glues or bonding agents.

The frames are a translucent white with an iridescent appearance from the anti-glare coating of the discarded lenses, which is split in the production process.

The Fused collection includes three shapes: a round, square, and classic pantos design. 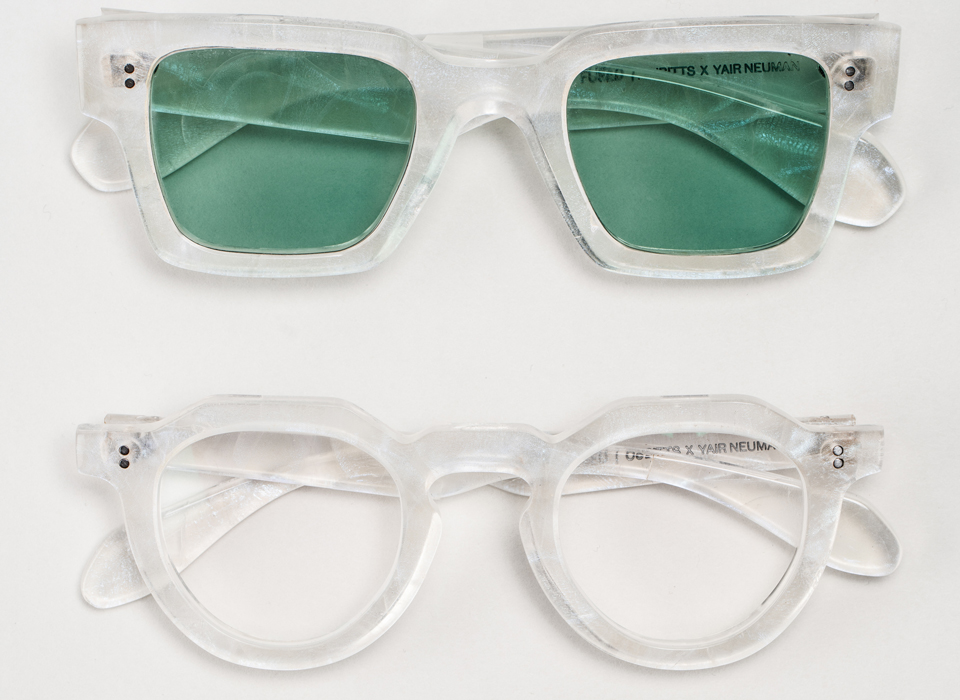 Cubitts/Yair Neuman
Neuman explained the frame shapes were inspired by styles from the 1930s and 1940s when PMMA – the material that the lenses used in Delerex were made of – was first invented in the UK and Germany.

Delerex was created in response to observing the excess of plastic in the eyewear sector, Neuman said, adding: “I hope the work I do will encourage people to use the term ‘waste’ less.”

“Using innovation, most of the stuff around us can be ever-circulating,” he continued, outlining his belief that handmade pieces are likely to last longer than mass-produced products.

Commenting on the collection, Cubitts founder, Tom Broughton, said: “What I find most inspiring is not only the practical reuse of objects that would otherwise end in landfill – but the underlying beauty of Delerex. Unique, iridescent, and striking – one person’s waste is truly another’s treasure.”

Broughton added: “We hope Fused can encourage more of our peers to question their approach to materials, production and waste.”

A video of the production process can be seen on the Cubitts website.

Earlier this year, Yair Neuman spoke to OT about his collaboration with Cubitts to turn spectacle lenses into works of art. Read OT’s Secret Life feature for more.