With digital imaging technology, the opportunities to bring increased clarity to patients via the use of optomap and OCT devices have become increasingly important to optometry practices.

A leader in the field, Optos is at the forefront of this progress. OT spoke to four practitioners, who incorporated Optos devices into their practice, about what they’ve learnt, and what advice they’d give others considering this investment.

Motivation for buying an Optos device

The panel described a differing landscape pre-optomap and OCT, with optometrist Lesley Cree explaining how the standard eye examination in her busy Nottingham practice, before having an Optos device, relied on direct ophthalmoscopy. 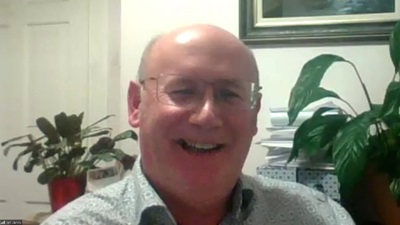 Ian Jarvis
In Scotland, Ian Jarvis described a slightly more advanced imaging process, with every practice given a digital camera in 2006. “We are first point of contact for all eye problems,” he said. “We get a lot of flashers and floaters. Before optomap it was a real pain, because you’d spend so much time investigating, and even then you weren't always sure. optomap makes the decision-making process so much easier; you're absolutely certain. Although we were already doing quite a different examination in Scotland, the optomap moves it to the next level.”

Paul McDonald, who practises in East Sussex and Kent, explained that he used an ophthalmoscope and a Hruby lens, attached to a slit lamp, along with a binocular headset.

He said the process of photographing fundi, as part of his hospital job, was laborious: “We used a film camera attached to a handheld device with a wide-angle fisheye lens,” he recalled. “We’d get close to the pupil and take pictures as best we could, then get the film developed and three or four weeks later have to phone the patients back because they'd blinked all the way through the pictures.”

What is the Monaco?

Optos' Monaco is a multi-modal imaging device that combines optomap ultra-widefield technology with spectral domain (SD) OCT. It produces 200-degree, single-capture retinal images and displays a six-image overview including colour, autofluorescence, and OCT of both eyes in as little as 90 seconds.

Meanwhile, in Surrey, Dhruve Patel took over a practice and found that it only had a retinal camera. Having used OCT previously, he explained how “I found myself not enjoying doing the test as much. I lost a lot of engagement, as I couldn’t show patients images.”

Motivation for buying an Optos device

Cree and Patel both described wanting to be ahead of the local competition, rather than just keeping up, as motivation for purchasing the equipment. 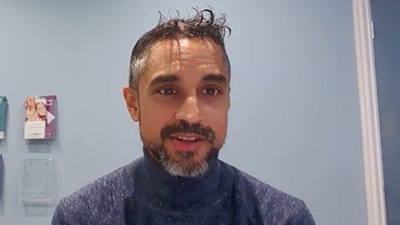 Dhruve Patel
“We decided to go for more technology as it was becoming much more readily available on the High Street,” Cree said. “While we were looking around, we thought that perhaps we should get ahead of the game. That's when we decided to trial the Monaco, which combines the optomap with the OCT. We loved it.”

Coming from a background of using OCT, Patel immediately felt that upgrades were needed to the practice. “One of the first things we thought about was how to improve the services in the practice,” he explained. “OCT was considered, to bring it up to par with what we were doing at our other practices.”

McDonald, looking to purchase an OCT, also had size at the forefront of his mind. “The footprint in the branch was too small to fit an OCT and retinal camera, so we got the Monaco for that reason,” he explained, adding that ease of use in being able to take his own images was also a strong factor.
Optomap and OCT: the user experience of Monaco

Why optomap and OCT was the right choice

McDonald highlighted the practicality that it offers: “It's got everything in one position. The patient doesn't have to move around so much, so from an ergonomic point of view it's easier.” He added that the device is better quality than others that have a combined OCT and digital format, many of which only have a 45-degree field, and that the ultra-widefield plus OCT component was a major factor in his decision.

Jarvis explained that the decision to make the purchase was simple, and that the Monaco “was a no-brainer” due to the floor space that it enabled him to save in his small practice.

Advice for those looking to invest

Ian Jarvis: “There's always been a myth that technology will be a real expense for the practice. That's not true; it's an income generator. If you market these things and place them properly, it will bring income into your practice.”

Paul McDonald: “Don't be fearful of the technology. Know you can get information and help from Optos and other forums.”
The impact on patients

Jarvis said that his staff were enthusiastic as soon as the demo device was brought in, and that patients responded well too. 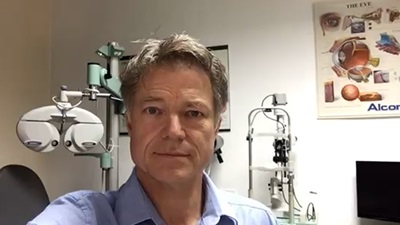 Paul McDonald
McDonald said: “It's been brilliant. The patients find it a lot easier to stay on one piece of kit. They don't have to move; we don't have to type names and dates of birth again. The remote control gives you chance to zoom into the pupil, and you get a much wider field.”

He added: “When we had a digital camera in one of the branches and the Monaco and Daytona in the others, I felt very restricted by that narrower field. It's been a massive step forward.”

Having also bought the combined Monaco, Cree said, “I do like to capture an optomap for every patient now. That's come from realising how much we miss when we don't have an optomap for everyone. We don't insist that everybody has a scan, but I really like to see the whole of the retina and there's no other way of doing that.” 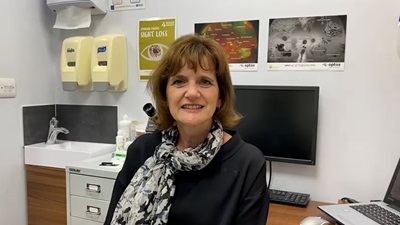 Lesley Cree
Planning the integration of the device into your routine, Cree believes, is vital.

“When we first started the receptionists had a script, but now they've developed their own ways of explaining it to people,” she said.

Cree also has a page on her website that patients are referred to if they’re unsure, and it is made clear that patients can discuss it more when they come into the practice. They are given the option of both optomap and OCT, or just optomap, and there is split pricing in place for those who choose the latter.

Jarvis said that in terms of workflow, he hasn’t had to make huge changes during appointments. The biggest difference, he believes, is that “it improves your clinical decision making, and instantly you know whether things are right or not.”

Cree said, “Patients appreciate that you have invested in something to look after them; that you're investing in their healthcare. If there is a problem, it's nice to be able to show them and explain that I'm going to send the images to the hospital. It's a much slicker procedure.”

An analogy for nervous patients

Paul McDonald: “I describe looking through the keyhole of a room. That allows us to shine a light on the wallpaper, but with the optomap we can look at the entire room, and then climb inside and look around it. Then for the OCT I say, ‘We've seen the wallpaper, but we don't know where the broken pipe is behind the plasterboard. The OCT slices the wall, and we can see where the broken pipes are.’ That gives them more of a visual idea of why the option is worth pursuing.”
Patel explained that an increase in patient confidence can have commercial value, too: “Patients are more comfortable because you've gone through the health side in a lot more detail, with visual stimuli. It's not just the clinical fee that you're finding is improving the practice, you find that the dispense value is improved too. Other things feed off having the OCT and optomap.”

McDonald referenced research that has suggested patients are more prepared to spend on health than they used to be. “We find that once you explain the benefits of a scan,” he said, “they're more likely to go ahead. More and more people are now realising that the eye examination has a high rate of detection for other medical conditions, so that's quite useful to indicate why they should have it.”

Patel calls purchasing the Optos device “one of the best decisions we've made as a practice team” and says that it has “changed the whole patient experience, and made the eye exams more enjoyable for practitioners.”

“If we didn't have an Optos,” Jarvis said, “we'd feel like our legs had been chopped off. Once you have that level of technology it really does improve clinical decision-making, and it very much increases patient loyalty - they like to see that you're ahead of the game and at the forefront of the profession.”

Everybody has said how beneficial it is for patients and what better healthcare they're getting. It makes our job so much easier; so much more complete

McDonald believes one reason his patients love it is “because they don't have you melting their eye with a slit lamp.” He acknowledges that “It can be a big financial thought process, but I worked on the principle that if I can get two people to pay for it, per day, it breaks even. And it's done more than that - we have about a 90% uptake rate.”

Cree is also clear about how much it has helped her in her practice. “I would hate to work without the Optos machine now,” she said. “Everybody has said how beneficial it is for patients and what better healthcare they're getting. It makes our job so much easier; so much more complete. You feel like you can confidently diagnose what a problem is, whereas without it you're fishing in the dark sometimes. I really would not want to be without my Optos machine now. It's great.”

Dhruve Patel: “Most of my learning curve has been in performing it, and being able to monitor patients. We all know what the urgent issues are and what we're familiar with, so anything that’s urgent, you know to act on straightaway.

Paul McDonald: “The main thing is tapping into the forums. Both the OCT and Optos forums are really good resources. There's a real wealth of knowledge; some optometrists out there are really well-versed at both sides of the imaging divide.”

Lesley Cree: “When you're first learning, Optos has a portal with lots of webinars that you can get training from. It's good when you're a bit further in too, in order to ask for opinions. Also, there's a lot of CET across optometry media.”