Optometrist increases customers and sales thanks to optomap

Rosemary McWatters describes her optomap journey , and how a week-long trial of the Optos Daytona plus saw over 90 customers come through the door, resulting in the best month for business since opening in 2012

31 October 2019 by Advertorial
Brought to you by 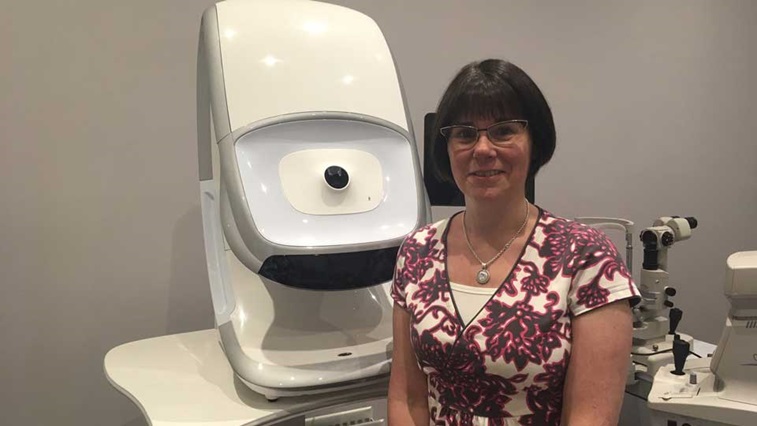 In April 2018, Rosemary headed along to Optrafair with the single aim of buying a new handheld tonometer. What she returned with was quite different. “This is a bit of a joke with my patients,” she explains. “I show them the tonometer and explain that’s what I was meant to buy, and then point to the Daytona plus and tell them that’s what I came home with.”

Rosemary had all but written off optomap as something she would ever have in her practice. “I always thought it was completely outside of my reach. It was something that I would really like for Christmas, but knew Santa wasn’t bringing it.”

She also had reservations about how it would work in her business. “My biggest concern was, could I afford it? I am a one-person practice and thought it would need at least three optometrists to make it work, which I didn’t have. Also, how many patients would I need to make it work?,” she shares.

I always thought it was completely outside of my reach. It was something that I would really like for Christmas, but knew Santa wasn’t bringing it

Despite her concerns, Rosemary decided to visit the Optos stand to find out more about the 200° single capture digital image of the retina. “I was just curious as I’d heard so much about it, even though I was pretty sure it wasn’t an option for me”, she says. What she found, however, was quite different.

“I now understood just what the system offered. With ultra-widefield (UWF™) I could offer so much more reassurance, the value of which you cannot overestimate. Also, I learned that even though my practice was small, I actually fitted the business profile Optos recommended for the system. Ultimately, being able to really communicate these optomap images to patients with the software and 3D wrap function, which you can’t do with optical coherence tomography, is what drew me to optomap,” Rosemary explains.

Rosemary took the decision to have a week-long trial of a Optos Daytona plus in June 2018. She emailed all her customers to let them know that the device would be in the practice and invited them for a 15-minute optomap appointment for a discounted price.

What happened was a complete surprise. The practice had 90 patients through the door in five days, 11 of which were brand new after hearing about the trial from friends and family. It was the best month for the business in the six years it had been open.

They also said that the reason they would be willing to pay extra for the exam was because they valued eye health. That’s when I realised it had the potential to build and grow the business, and decided to buy the device

A week of discovery

The five days of trialling the Optos Daytona plus gave Rosemary what she calls “an intensive training course” in optomap. “I had the Optos sales rep with me the whole time during the trial. The training they gave me meant I was confident interpreting the optomap images and discussing the results with patients. I also learned how to talk to patients about what I was seeing in a natural and integrated way, and realised that it wasn’t one big sales pitch, which I had been concerned about,” she shares.

After the trial, Rosemary decided to conduct a survey of patients to garner feedback of their experience, and if they would recommend it to others. “100% yes, and they also said that the reason they would be willing to pay extra for the exam was because they valued eye health. That’s when I realised it had the potential to build and grow the business, and decided to buy the device,” Rosemary explains.

At the time of writing Rosemary’s Optos Daytona plus has been in the practice for almost two months and uptake had been even better than she’d hoped. The practice is initially charging £20 for NHS patients to add it to their exams and it is now a standard in private eye exams. “I put up the cost of the private test fee to cover it and nobody complained, everyone was happy to pay it – I couldn’t believe it”, she explains.

Having the Optos system has given me a renewed buzz. I’m really enjoying the whole side of explaining the optomap images to patients and them responding to that, but also to my enthusiasm

Reflecting on the past, looking to the future

“I didn’t anticipate how much I would appreciate my patients listening to me and trusting what I was telling and showing them – it’s giving them reassurance that I couldn’t offer before. I also don’t see its only purpose as having to pay for itself, which is really unexpected. That’s the aim, of course, but it’s more important that people are coming to me because of it. It marks us out as different,” Rosemary says.

“From a personal point of view, having the Optos system has given me a renewed buzz. I’m really enjoying the whole side of explaining the optomap images to patients and them responding to that, but also to my enthusiasm,” she adds.

As for words of advice to anyone considering optomap, Rosemary advises: “Don’t jump to conclusions. Don’t assume you can or can’t afford it. Or that it isn’t going to suit your business. Don’t assume patients will or won’t go for it. I had to explore it for myself and make sure it was the right thing for me and it has been a fascinating journey so far, with lots of exciting times ahead.”

Brought to you by