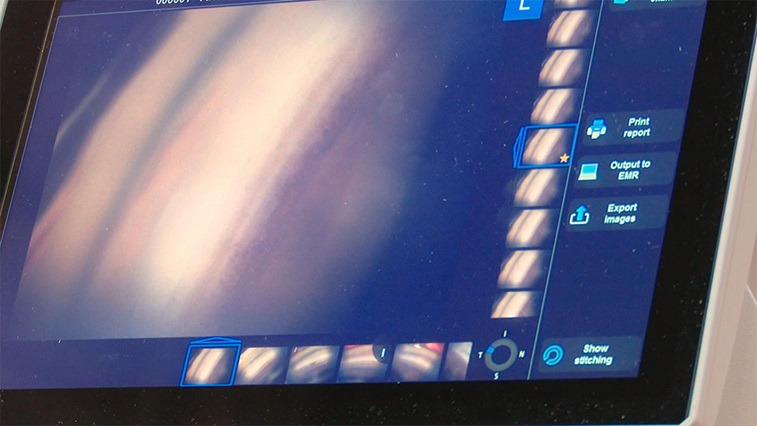 Birmingham Optical welcomed the Nidek GS-1 Gonioscope into its portfolio at 100% Optical earlier this year (12–14 January).

Speaking to OT during the three-day trade show, Birmingham Optical’s director of medical and education, Jason Higginbotham, explained that the Nidek Gonioscope GS-1 is the first- of-its-kind device that offers 360-degree colour imaging of gonioscopy.

While gonioscopy is primarily a technique within the ophthalmology domain, Mr Higginbotham said that gonioscopy “is a key part of glaucoma diagnosis.”

Explaining to OT why the GS-1 can help optometrists in the delivery of extended care, Mr Higginbotham said that while in the chronic open-angle glaucoma pathway, optometrists can do most of the things that are required in glaucoma diagnosis, what is stopping them is gonioscopy.

“The only thing that stops us from doing actual diagnosis is gonioscopy, which is still in the realm of ophthalmologists. If we could do that easily, there is a great potential that we can take a huge amount of work load off secondary care NHS outpatients for glaucoma and get involved in community ophthalmology,” he said.

“This has great potential to allow us to get more involved in the medicalisation of optometry,” he emphasised.

Talking OT through how the device works, Mr Higginbotham highlighted that it contains 16 mirror lenses and takes 17 images from each lens. It images both eyes in about a minute and a half, he added.

Sharing his thoughts of the device, Mr Higginbotham said: “It’s extremely cool, I love it. From the moment I saw it, I was really struck by the ingenuity of it.”