A shield for your eyes

Ocushield will begin its partnership with Fight for Sight during National Eye Health Week. It will donate £1 from every product sold online to the charity 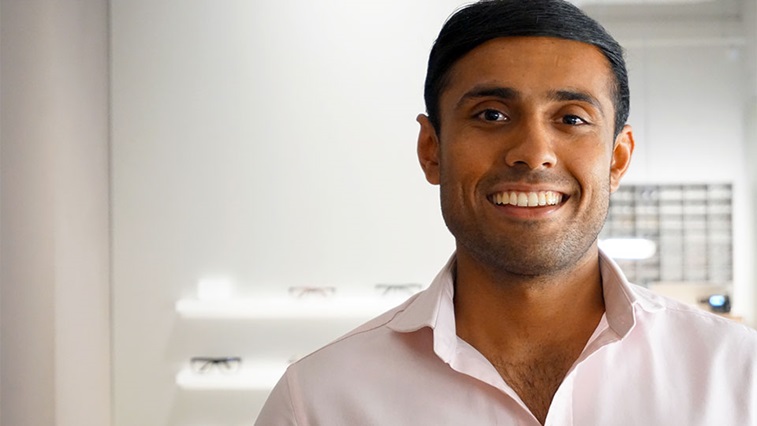 “The digital age is here and everyone is using devices,” explained optometrist and founder of Ocushield, Dhruvin Patel.

Mr Patel founded Ocushield, a company that manufactures screen protectors designed to block blue light from digital devices when he was an optometry undergraduate at City, University of London in 2015.

During his studies, Mr Patel worked part-time at Vision Express and noticed emerging new lens technology that was being developed to reduce the amount of blue light that is emitted from digital devices reaching the consumer.

This is important, Mr Patel explained, “because blue light from digital device screens can affect people’s sleeping patterns and their wider health including contributing towards eye strain and fatigue.”

Fascinated by the technology, Mr Patel observed that there was nothing on the market that could be used to tackle blue light emissions for those who did not wear glasses. “Naturally intrigued, I went about making a product that people can place directly onto digital devices to protect their eyes,” Mr Patel told OT

"Initially we only offered protectors for a few of the iPhone models, but today we have them for more than 30. We cover different devices, including iPads, laptops and monitors. Our products are now Class 1 medical devices classified by the MHRA"

Optometrist and co-founder of Kite Eyewear, Asad Hamir, became involved with Ocushield after his paths crossed with Mr Patel during a visit to City, University of London.

With a background in the mobile sector, Mr Hamir felt the product was particularly exciting.

Over the last few years, the company has grown organically, Mr Patel shared. “Initially we only offered protectors for a few of the iPhone models, but today we have them for more than 30. We cover different devices, including iPads, laptops and monitors. Our products are now Class 1 medical devices classified by the MHRA,” he explained.

For Mr Patel, Ocushield is all about advocating that people need to look after their eyes.

Mr Hamir echoes this view. “[Ocushield] is about the protection of the eyes…it’s a preventative product rather than a cure,” he said.

The team has now grown to seven and the company has redesigned the product and its branding, which launches during National Eye Health Week.

“Our branding is very clinical at the moment and we want to be more consumer-friendly,” Mr Patel said, adding: “We are reviewing our packaging, our website and the language that we use so that it’s all a little bit more consumer-friendly to allow consumers to really understand what we do.”

Coinciding with the rebrand, Mr Patel confirmed that Ocushield would also be making improvements to the product. “Screen protectors are very annoying for most people – putting them on can be a challenge. Therefore we are beginning to put special applicators into the package so it can be done with ease,” he confirmed.

"We want to really turn it into a lifestyle product, so it is not just for you; it’s for you, your kids, your family, your workplace"

Ocushield would like to work with opticians across the UK to educate patients about blue light and to stock the product. “Optometrists are meeting people day-in-day-out who will have sleep problems and who will have eye strain as a result of digital screen use, and they would definitely benefit from this product,” Mr Hamir said.

Speaking about the future, product expansion is on the agenda, with the company launching a magnification range of ready readers with built in anti-blue light technology.

Ocushield has also developed an anti-blue light filter combined with a privacy filter, which it explained is useful for office-based users. “We have that found companies want their employees eyes to be protected, but also want to limit sensitive information that can seen by people walking by or for employees working while commuting. This new product aims to solve both issues,” Mr Patel said.

“We want to really turn it into a lifestyle product, so it is not just for you; it’s for you, your kids, your family and your workplace,” Mr Hamir concluded.

Ocushield will launch its rebrand to coincide with National Eye Health Week, which runs from 24 September. It launched its corporate partnership with Fight for Sight during the awareness week and will donate £1 from every product sold to the charity. Ocushield is available for opticians to purchase through Mid-Optic and Butterflies Healthcare.