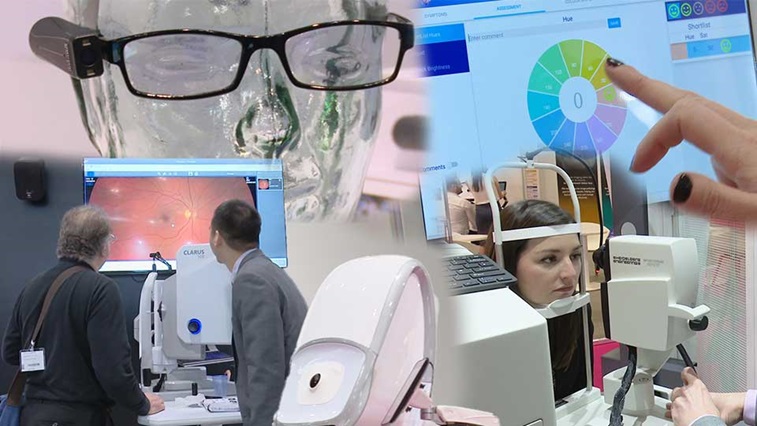 A range of equipment and technology companies at 100% Optical last month spoke to OT about their latest product offerings.

Discussing the new device, general manager for Cerium, Claire Millar, told OT that the Curve is a move to a “fully digital method that sees the whole process administered through a tablet, which makes it a much more streamlined process.”

She acknowledged that aesthetic, ergonomic and design improvements have also been made.

Hot on the heels of the launch of the Daytona Plus launched last year, Optos has introduced the California. Vice-president of European sales, Gareth Steer, explained that the ultra-widefield retinal imaging device is normally found in the hospital setting, but that a new version had been adapted especially for optometrists.

Another product unveiled during the show was the Zeiss Clarus.

“The actual images are stunning,” she said.

Discussing the Spectralis Spirit optical coherence tomography (OCT) device, Heidelberg Engineering’s national account manager for optometry, Mike Riley, shared that it has been designed for fast-moving retail practice. “What we have done is taken the Spectralis, which was the original OCT, and kept the key elements but made it easier to use,” he said.

Exhibiting at 100% Optical for the first time, OrCam launched its new version of MyEye, the MyEye 2.0.

Speaking about the updated device, OrCam’s international business development manager, Leon Paull, said: “We are packing a lot of new features into the device that are automatically updated via Wifi.

“Our users really do get a constant flow of innovation coming through this single device.”