“It is a big milestone”

Grab your map and explore

Optos shares its passion to expand the boundaries

Here, there be dragons. It is an evocative phrase often attributed to ancient maps, which depicted frightening creatures at the margins of the unknown. In ocular medicine, there has long existed a debate over the value of viewing the periphery.

Simon Browning, of Simon Browning Optometrists in Bedford, believes that the lingering fear (or possibly resistance) to tread beyond the macula is due to a lack of understanding – and can be potentially harmful.

"We have long been taught that the traditional way of looking at the eye was adequate, not really knowing any better," he explained.

"With the advent of the Optos system, we learned that there is a whole world out there and we have not paid attention to the fact that the periphery of the retina is actually fundamentally important."

Mr Browning references his early encounters with optomap® ultra-widefield imaging as being pivotal in his career. He acknowledges that the image resolution had yet to evolve, but that he was deeply impacted by the breadth of retina that could be seen.

"I was incredibly excited because I realised that I had never seen so much of the retina before and suddenly this system was allowing us to see so much more. The periphery is a vital part of the picture. The single image that includes the macula is essentially a map that you can methodically work through, with sign posts in the periphery, directing not only where you may need to focus more attention during the exam, but also what may be around the bend or in the future, if you will, for the patient. It is revolutionising," he added.

"The periphery is often the staging point for a multitude of diseases. It is the area of new discovery and must not be ignored or remain unexplored"

Mr Browning suggested that optometrists can equip a patient with a false sense of security by examining the eye and declaring it healthy. He asserts that, as the patient thinks the optometrist is looking at all of the retina, they will assume the entire eye is well, even if flashes or floaters suddenly occur, because they have just recently seen their optometrist, who told them that their eyes were healthy.

"Actually, one could be doing more harm than good. Unless you tell the patient that you are basing a statement of health on only, say, the 10% or 35% of the eye you have actually seen, you are in danger of being dreadfully misleading," Mr Browning said.

He noted that with optomap imaging, 82% of the retina can be viewed quickly in a single capture and even further into the periphery with eye steering. 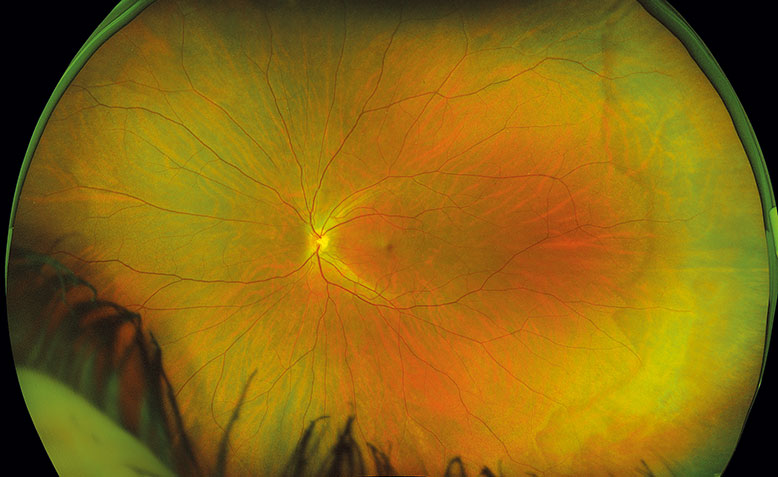 "With optomap," he explained, "the red and green channels allow for efficiency in being able to differentially diagnose. For example, a CHRPE will not be confused with a nevus because it can be seen in both layers."

He said that while the OCT delivers detailed information on the retinal layers, the scope is significantly smaller and a thorough examination of the retina can become much more time consuming and portions may yet be missed.

Mr Browning explains that he employs optomap technology as part of the enhanced diagnostic exam, following a direct examination of the central retina. This provides a far more thorough exam for his patients than traditional methods, he said. "I can either say with confidence that the eyes are healthy or point out the "boggy spots" that may need to be watched. The patient can clearly see what I see and they become more invested in directing personal health decisions. optomap is incredibly important in patient education and is a huge patient retainer and practice builder."

Mr Browning, who lectures widely on ultra-widefield and autofluorescence (AF) retinal imaging, has been at the forefront of intensive research on the subject.

"AF is the game changer and has revolutionised the way I practice. AF doesn’t only show what’s there, it shows you real time metabolic functionality," he explained, underscoring that, while the colour structural image may show a normal eye, the AF image may reveal areas of hyperfluorescence indicating that unless a course change is made, structural damage will occur.

"We see the first indications of a problem with AF, we have counselled patients to make lifestyle changes, and subsequently in some patients, have seen drusen regress, the RPE flatten out and visual acuity improve," he said.

Mr Browning’s participation with AF has brought him to the leading edge of discovery in connecting changes in the retina and what occurs in the brain in such diseases as Alzheimer’s and dementia. 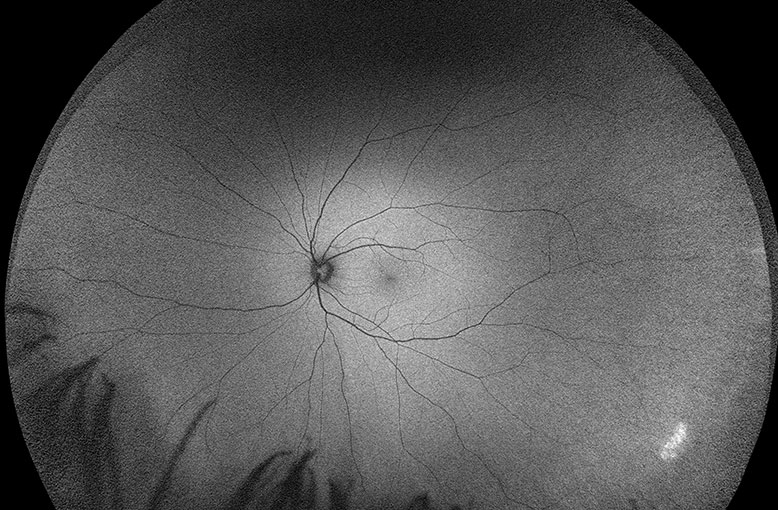 "One of the most exciting possibilities in the way ahead is that researchers are establishing links between changes in the retina and the onset of dementia. This will allow earlier intervention with medicines that restrict changes in the brain. It is a staggering thought really, that optometrists could be the earliest to intervene in these diseases – but we won’t be able to do that unless we are imaging the periphery," he said.

Mr Browning noted that when fellow practitioners continue to insist examining the periphery does not matter, he stresses that the periphery is often the staging point for a multitude of diseases, it is the area of new discovery and must not be ignored or remain unexplored.