What's going on in tech?

Revealing the latest technology launches for the practice 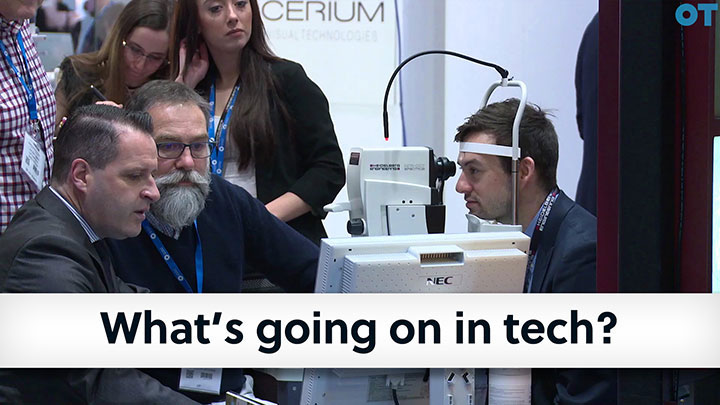 OT spoke to a range of equipment companies and experts at 100% Optical to find out about the latest technology launches for the practice.

Speaking to OT at the event, Optos vice-president of European sales, Gareth Steer, revealed that the company had launched its Daytona Plus during the three-day trade show and explained the imaging enhancements that come with the new device.

Also showcasing new technology was Thomson Software, which unveiled its new eye tracker. Company founder, David Thomson, explained that the tracker allows practitioners to measure the exact position of each eye and the way that the two eyes are co-ordinated as the patient reads, for example. "I believe it will be a really powerful tool for assessing binocular vision," he said.

Representatives from Heidelberg Engineering, Carl Zeiss and BiB Ophthalmic Instruments explained the importance of optical coherence tomography in practice today, while highlighting the benefits of the devices that they were showcasing bring.

Watch the video below.