Nick Stonehouse competed in the discus and swimming events 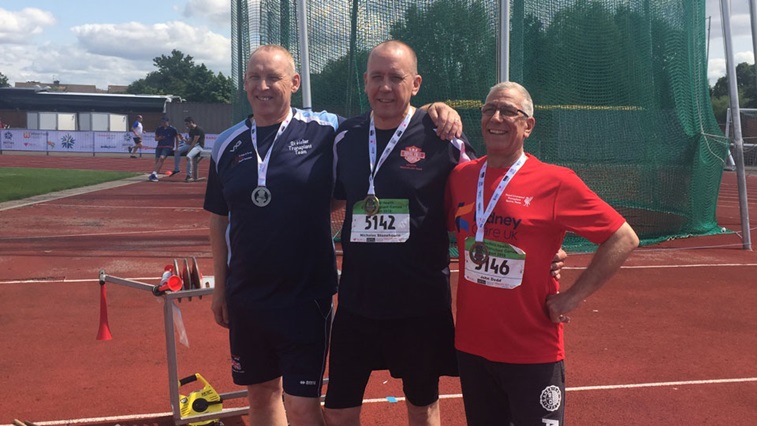 The Transplant Games is a sporting competition for people of all ages and abilities who have had life-changing transplants.

Mr Stonehouse had a liver transplant in 2016 due to acute liver failure. He decided to enter the games in memory of his daughter who participated in discus before she died in 2013.

Speaking about the Transplant Games, Mr Stonehouse said: “I now compete not just for my own health and fitness, but in memory of my daughter and of my donor.”

“I intend to continue competing in the Transplant Games, British and World, as long as I keep qualifying and remain able to,” he added.

Mr Stonehouse now aims to retain his gold in the discus event and qualify to represent Great Britain and Northern Ireland at the 2021 Worlds Transplant Games in Houston, Texas.