Is optometry keeping up with ocular fatigue in the digital era? From smartphones to laptops and tablets, it is hard to dispute that digital devices have changed the way we live and how we view the world.

YouGuv market research (April 2016) reveals that 50% of 18–29-year-olds spend nine hours or more a day using digital devices, while the Vision Council notes 70% of adults use two or more devices at once (July 2016).

Researchers have also identified that people are experiencing eye discomfort and vision problems when looking at a computer screen for extended periods of time. Described as “digital eye strain” or “digital eye fatigue,” the American Optometric Association lists the symptoms as eye strain, headaches, blurred vision and dry eyes.

In a roundtable hosted by CooperVision, a group of eight optometrists from across Europe came together to consider the impact of digital eye strain, as well as the role of contact lenses to ameliorate the problem.

CooperVision’s professional marketing manager for Europe, Amanda Bogers, highlighted the launch of Biofinity Energys, and asked the attendees to consider how the product could make life better for patients.

The roundtable opened with attendees’ responses to the recent research, including findings from the University of Indiana, which highlights the impact of digital eye strain.

Many agreed that they were not surprised by the findings.

Madrid-based optometrist, Ernesto Marco Carmena, observed that it was very common today to see young people and millennials (aged 18–29), who spend long periods of time on their smartphones at near distance, adding: “Our eyes are not prepared to work in this way. The results are very real – we see red eye, tired eyes and dry eyes in practice every day.”

The discussion considered if the concept of digital eye fatigue, and the associated symptoms, was understood generally.

Swiss-based optometrist, Roger Anhalm, agreed that there was a disconnection in his mind.

“When I looked at the results, I thought OK this is a problem in the US and the UK, but not in Switzerland. However, I spoke to patients and asked them how many hours they used their digital devices. I then reviewed the data, and realised there was the same issue.”

He added: “In the past, if I heard a patient say they had tired eyes, dry eyes, and so on, my assumption would be that it related to blinking. I now know it could relate to the stress due to difference in distance – it was an eye opener.”

For Elena Garcia Rubio, a Madrid-based optometrist, the issue of digital eye strain “is not anything new. Think of the Essilor Eyezen lens – it has had a lens in market since 2004.

“The thing is, the fatigue factor has been multiplied I don’t know many times, because our eyes are working all the time,” he told the group. 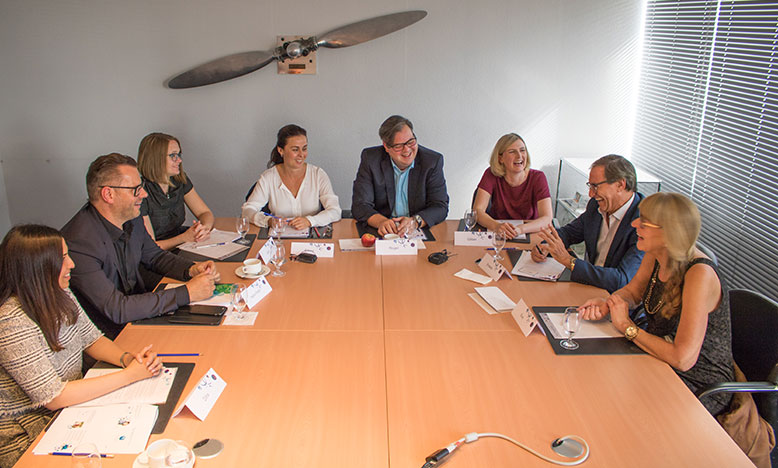 Reflecting on her own use of digital devices day-to-day, Ms Rubio explained that, when asked, she would say: “‘I don’t use a digital device that much.’ But if I think about it, I wake up in the morning and sit and use my smartphone, then I use my iPad for tests in the office, and I then go home and work and shop on my tablet. I use digital devices a lot.”

Edinburgh-based optometrist Gillian Bruce agreed that awareness of digital eye fatigue was an issue for both patients and practitioners.

“One of the stats showed that 80% of parents are concerned about the amount of time kids spend on their digital devices, but only a fraction choose to limit the time they have on them. There is definitely a disconnect where people think computers are ‘bad’ for their eyes but they do not understand why,” she said. “That’s why we, as practitioners, are in a position where we have to explain to them what digital eye fatigue encompasses.”

Reflecting on the attitudes of millennials, Ms Rubio noted that they assume that after playing a game or typing, it is normal for eyes to be red. “I think we need to say: ‘No, digital eye fatigue is not normal, and there is something you can do – change your behaviour or wear an appropriate contact lens, for example – to help.’”

Finding a way to elicit useful information from patients for optometrists to act upon is key, asserted Norway-based optometrist, Gerd Synnøve Hollund. “What questions we ask our patients matters.”

Drawing an analogy to asking someone how much alcohol they drink, Ms Bruce told the group that: “If you ask patients how many hours they spend on their computer – with this sense that they are almost going to be in trouble – I don’t think you will get the best answer out of them.”

Ms Bruce suggested that less judgmental-sounding language, such as ‘tell me about your day,’ or ‘how much of your day do you spend on your phone,’ is a more effective approach.

“I think people are hesitant to tell you if they are having problems…They don’t want to be told to use digital devices less, so ease them into it,” she said.

"I think we need to say no: 'No, digital eye fatigue is not normal, and there is something you can do – change your behaviour or wear a contact lens, for example – to help"

Yorkshire-based optometrist, Diba Choudhury, supported this point. She explained: “I think there is an element where patients think that they are going to get told off… for how long they spend on a digital device.”

She added: “I think the phrase ‘digital devices’ is much better than referring to a ‘computer.’ Automatically people think about a screen or a laptop, and eliminate the time they also spend on their smartphones, satnav, TV, and so on.” 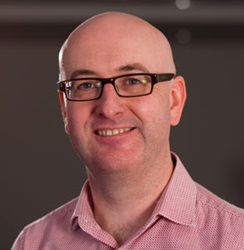 It’s not everyday you get the opportunity to take in a whistle-stop tour of Budapest, visit a state-of-the-art contact lens manufacturing facility, and gain early insight into an innovative product, all in 36 hours.

I was among one of the first practitioners to get my hands on CooperVision’s latest offering, Biofinity Energys, a product designed to meet the needs of the digital device savvy millennial patient, who typically spends in excess of nine hours per day glued to their digital devices.

The lens is designed to ease accommodative burden by multiple aspheric curves that simulate positive power in the centre of the lens using enhanced optics. CooperVision were keen to stress that the lens is not a multifocal and my all-too-vague recollection of first year geometrical optics has left me intrigued by the concept.

I am eager to get back to the consulting room with something new to offer to my 18- to 29-year-old screen-fatigued patients.

Mr Anhelm explained that one reason for millennials to visit his practice arises at 18 years of age when they learn to drive – “this is often their first visit.”

In order to communicate with young people, he added his practice team visit the three schools in his area, offering spectacles wearers a free contact lens trial.

His practice captures a retinal image, which can also be used as a marketing tool – six months after a visit the practice sends a text message with the image to say: “Hello: I am your eyes, maybe you should go back to your optom to get your tests,” he outlined.

Ms Bruce added that the practice she works in has started taking email addresses, and contacting people through an email newsletter. “We are finding that patients are ‘liking’ us on Instagram and Facebook – so, even if patients do not regularly get an eye test, you are where they are looking.”

For Ms Rubio, it is key to reassure millennials that “optometry is in the digital world…I think it helps to make them feel confident.”

She explained she uses a near-vision test on the iPad, and a visual acuity chart on an Apple TV application. She also takes a retinal image, which is sent via WhatsApp to the patient. “I have seen people then use the image on their Instagram profile picture – and I think they come back to us just for their next picture.”

The roundtable attendees were asked if they felt that talking to patients about innovation in the contact lenses category matters – particularly when thinking about the millennials segment.

Germany-based optometrist, Hans Peter-Platten, agreed, noting that innovation is “a really important step.” Using the example of the driving industry, he highlighted that “car builders are innovating – and storytelling is very important for patients.”

Turning to the practice dispense, Mr Anhelm highlighted: “The word ‘new’ matters. It is always good if you have an appointment with the patient to tell them what is new in market. Even if a patient is, say, minus 2, we can say: ‘This product is not for you now, but in the future perhaps it will be,’ and they might go away and tell friends about the product, and so on.”

For Ms Rubio, being able to keep patients engaged with new products “reflects the world we are living in. We should not be offering the same things – we need to show that contact lenses are part of a real and changing world. There is not enough innovation.”