International eye care charity, Orbis, recognised World Neglected Tropical Diseases Day this weekend (30 January) by highlighting the vital work that its on the ground teams are carrying out in Ethiopia – as well as calling on the government to prioritise sight-saving health care.

The charity has praised its ophthalmologists, nurses and eye health workers, who have “defied the odds to treat millions with trachoma-fighting antibiotics and surgeries.”

COVID-19 restrictions in 2021 meant it took Orbis Ethiopia double the previous amount of time to treat the numbers needed to stop the spread.

Orbis has highlighted that, in regions of Ethiopia where cases of trachoma remain particularly high, more than 12 million people have now been treated with the antibiotic Azithromycin.

Orbis medical teams have been providing care in the sub-Saharan African country for 23 years.

Whilst celebrating the achievements of Orbis Ethiopia, the charity has warned that millions of people worldwide risk trachoma returning because of recent UK aid cuts.

David Bennett, director of programme support at Orbis UK, said: “Beating trachoma is a race against time and cuts to aid threaten the efficacy of years of hard work.

“These interventions can radically change lives. Without them livelihoods are lost, children miss school and families and communities’ risk being plunged into further poverty and isolation.”

He added: “While we recognise it’s a challenging time for the UK Government and that budgets need to be carefully considered, we also know that 90% of the world’s vision loss is avoidable with simple, cost-effective surgeries and treatment.

“The UK Government has historically been an important contributor to aid assistance, and we urge them to make provisions for sight-saving eye health in their forthcoming International Development Strategy.”

An estimated 1.9 million people globally are blind or have visual impairment due to trachoma, although the condition is easily treatable with antibiotics. 35% of cases are found in sub-Saharan Africa.

The World Health Organization has announced aims to eliminate the disease by 2030, something that Prime Minister Boris Johnson voiced his support for in 2021.

Trachomatous trichiasis is the most advanced and painful stage of the disease, and 70% of those living with the condition are women. Trichiasis is caused by repeat and untreated trachoma infections, and surgery can help alleviate the condition.

Worldwide, over 1.7 billion people are living with Neglected Tropical Diseases.

Dr Alemayehu Sisay, country director for Orbis Ethiopia, said: “Our team has remained committed to continuing to distribute sight-saving antibiotics, even as we’ve faced hurdles – from the pandemic to recent events in Ethiopia – because we know how restoring vision changes lives and communities.” 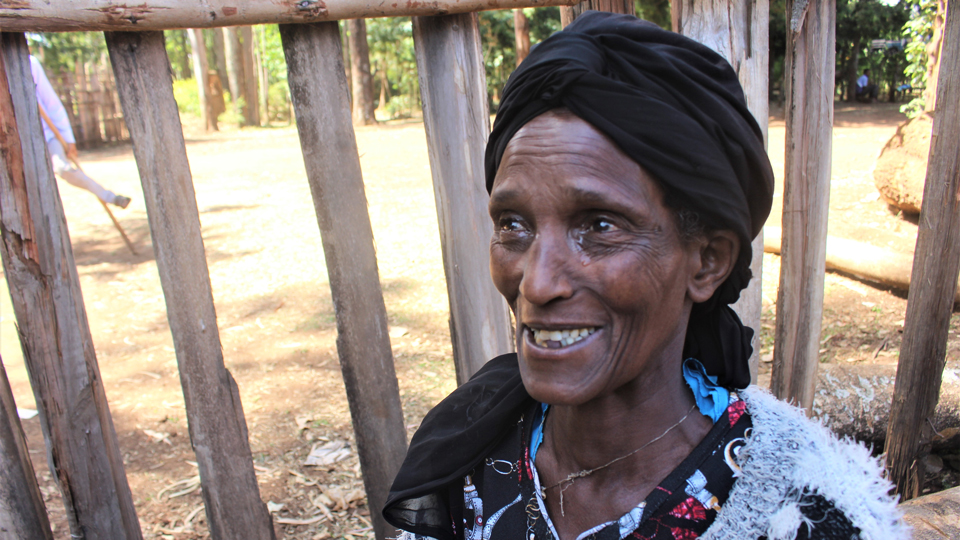 Silele, 50, is a mother of eight children in Ethiopia’s Southern Nations, Nationalities, and People’s Region. Her husband is a farmer, and they also help raise some of their grandchildren at their house.

During Orbis’s yearly Azithromycin drug distribution, Silele took the drug without hesitation. She then explained that her eyes were badly hurting. The Orbis team examined her eyes and diagnosed her with trachomatous trichiasis, which can only be treated through surgery.

Silele said: “My eye is causing me so much pain. I cannot remember when exactly it started. I have had several eyelashes epilated to get some relief. It was both eyes when it started. Six years ago, I went to the health centre and got surgery for the left eye. I was supposed to go back to get the other eye operated on, but I could not go back because I am usually alone as all of my children are away.”

When she cannot bear the pain Silele goes to a traditional healer to get lashes epilated, which gives her temporary relief. Going home-to-home, the Orbis team were able to learn about her condition. One of the distribution team members, who is also a health extension worker, sat with her to explain the need to get her eyes operated on for permanent relief. The health extension worker then explained that she would take Silele to the health centre herself.

Lead image: Yishamu, one of the first health extension workers trained through the Ethiopian Ministry of Health ten years ago. She has been a part of the Mass Drug Administrations for the past five years.