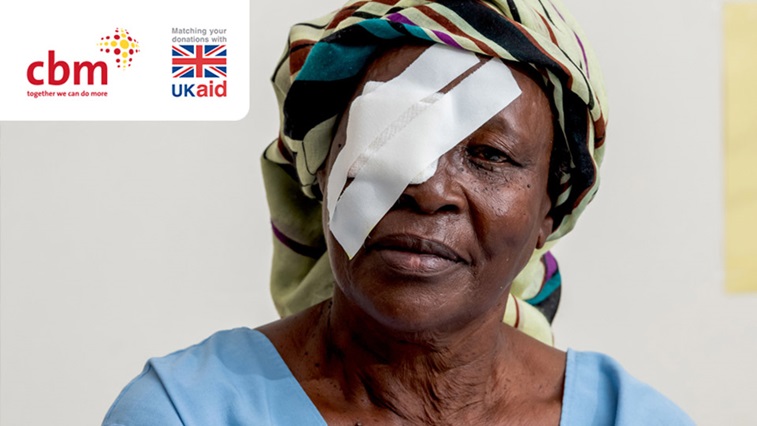 Overseas disability charity CBM is making a final push for donations as its See the Way appeal enters its final weeks.

The appeal, which has been running since 12 November after being paused earlier in the year as a result of COVID-19, is seeking support for an eye care project in Malawi, as well as similar projects around the world.

The Malawi project will aim to train staff, equip hospitals, and work with the government to strengthen eye health systems. The team is hoping to provide access to eye health services for 100,000 men, women and children using the money raised.

Until 17 December, all donations made to the appeal will be doubled by the UK government.

The government match funding will be used to support the project in Malawi, whilst money raised by the public will help fund similar projects in various locations in Africa and Asia.

Kirsty Smith, chief executive of CBM, said: “Worldwide, three out of four people who are blind don't need to be. They are needlessly blind, from conditions that could have been prevented, or that could be treated.

“The See the Way project is aiming to identify those people for whom there is treatment available. Often, we find people for whom it's too late, or where they have a condition that can't be treated.

“In this case we're trying to find people who are needlessly blind, often living with cataracts for 10 or 20 years, and trying to connect them with an available service, nearer to their home than the traditional eye health services.”

She added: “Our aim is to build the capacity of primary health care, and then bring the services from the capital into the regions so that people can access things like cataract surgery and dispensing of spectacles.

“Lots of people, including children, suffer for a very, very long period of time for want of simply the cost of a pair of glasses, because there are not the optometry services available to them.”

CBM supports projects in 51 countries around the world in various settings, including hospitals and schools. It is hoped that the Malawi project will be able to begin in the spring, depending on progress and availability of the COVID-19 vaccine and whether the country will have sufficient COVID-19 controls in place.

This year the charity has been affected not just by the drop in donations as a result of COVID-19, but also because of changes within the government that have seen the Department for International Development merging into the Foreign and Commonwealth Office, meaning overseas charitable funding is now in the same pot as defence and diplomacy. The foreign aid budget has also been cut, from 0.7% to 0.5% of the UK’s gross national income.

Ms Smith said: “We've been hit on two fronts: by a very fragile economy, with people understandably being very cautious, and also the government departments merging and making very significant cuts.” She explained that one of CBM’s projects was cut by 80%, something she described as “very, very tough.”

On a better note, Ms Smith explained that the response to the See the Way appeal so far has been positive: “We're so incredibly lucky to have the supporters that we have,” she said. “They've been so positive about this appeal and really promoting it for us. We have loyal supporters who have really, really been inspired by the opportunity to double their money. We're hoping that we can increase the appeal and reach some new people.”

Make a donation or find out more about the See the Way appeal here.