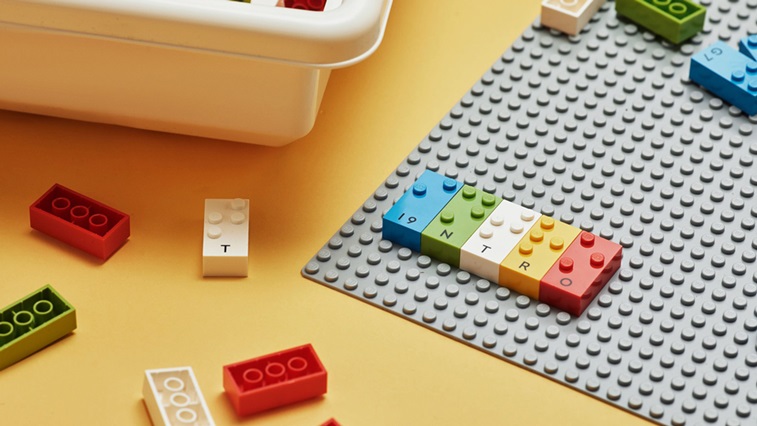 Lego Foundation
The Lego Foundation and the Royal National Institute of Blind People (RNIB) are introducing Lego Braille Bricks toolkits to schools and children with vision impairment in the UK.

The Lego Braille Bricks toolkits provide a new ‘playful’ way to help children with vision impairment to learn the braille system as the bricks are specially moulded with studs on top reflecting individual letters and numbers in the Braille alphabet. The kits are made up of approximately 300 bricks.

The bricks also feature printed letters, numbers and symbols, meaning they can also be used simultaneously by sighted peers and teachers “in a collaborative and inclusive way,” the charity suggested.

The RNIB has worked with the Lego Foundation to develop and test the Lego Braille Bricks and distribute the kits in the UK to schools and home-schooled children.

Though designed as an introduction to braille for younger children aged from four upwards, the charity suggested that the toolkits have been proven to provide learning opportunities and benefits for children in secondary school.

The RNIB has also provided training in the concept to teachers and support staff working with children with vision impairment.

David Clarke, RNIB director of services, commented on the launch: “We are excited to bring the Lego Braille Brick toolkits to UK classrooms to help children learn how to read and write braille in a fun and engaging way.”

Mr Clarke suggested the inclusive toolkits would, “make a real difference to children with vision impairment, allowing them to play and interact with their sighted classmates.”

Lego Braille Bricks is launching as a first wave in several countries this year.

Stine Storm, senior play and health specialist at the Lego Foundation, celebrated the launch of the programme, sharing: “With Lego Braille Bricks, students and educators can tailor their activities in countless different ways to meet their needs and learning goals in a fun and inclusive manner.”

Ms Storm added: “The possibilities for learning through play are endless, and we look forward to seeing how Lego Braille Bricks can inspire children of all ages along their journey to learning braille.”

The toolkits will not be available for general sale but can be ordered by heads of service from local sensory services, or by an educational professional nominated by the heads of service.