First-ever mass administration of trachoma drug has happened in Egypt 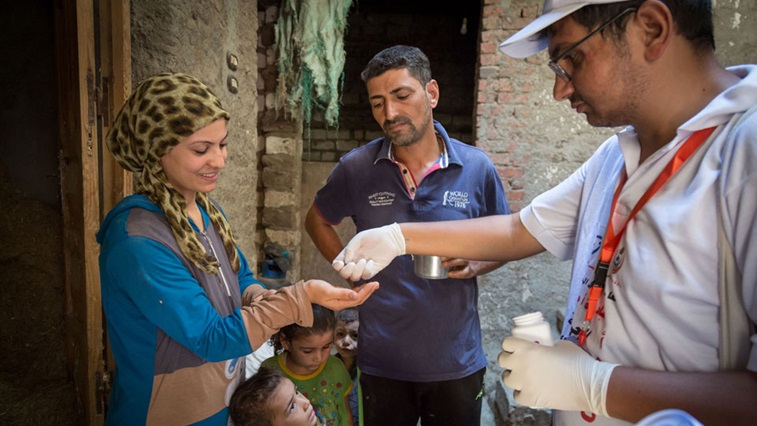 More than 300,000 people in Egypt have received access to antibiotics to treat trachoma, the leading infectious cause of blindness globally.

Delivered by the country’s Ministry of Health and district level governments, the distribution is being facilitated by international charity Sightsavers, as well as other non-governmental organisations.

Trachoma is an infectious condition that can lead to sight loss and blindness. It is spread by flies and human touch, and is associated with poverty and lack of access to clean water and sanitation.

In order to tackle the disease, Sightsavers reported that community programmes have been developed in order to raise both awareness and understanding of trachoma and how to prevent it but up until now, no drugs for treatment have been mass distributed.

Speaking about the delivery of antibiotics, technical director for neglected tropical diseases at Sightsavers, Philip Downs, said: “This is a real milestone for public health in Egypt. This is the first time there has been such a large-scale distribution of antibiotics in the country. The Egyptian government, regional governments and other partners, have done a fantastic job to make this happen and proved that collaboration is key to overcoming challenges.”

“But it’s important to remember that this is just the first step – more work is needed before Egypt follows in the footsteps of other countries and eliminates trachoma,” he added.

The first antibiotics were distributed in Matay in the Menia region of Egypt in July. In the area, it was reported that nearly 10% of children aged between one and nine had symptoms of the disease. Over seven days, health workers distributed doses of the antibiotic Zithromax, which had been donated by Pfizer, to 288,365 people.

Chairman of Nourseen, Dr Ahmed Mousa, who is on the frontline of delivering the programme, said: “The community was very receptive to receiving the drugs and the distribution went smoothly. Health education helps reduce a certain amount, but you need the drug to treat a big slice of the community all at once.”