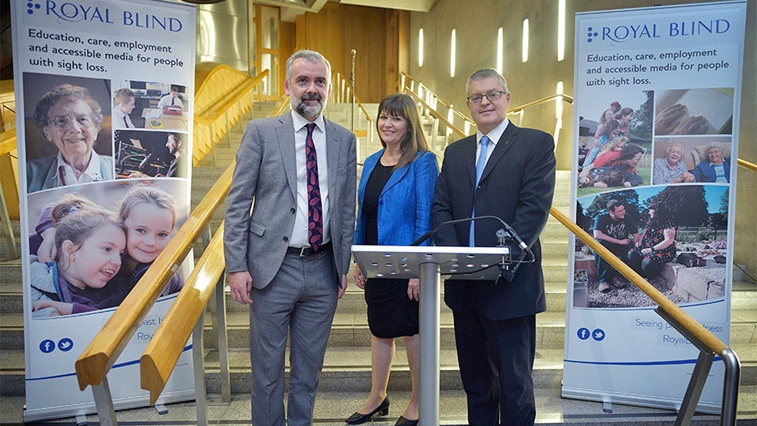 One of Scotland’s oldest charities which supports blind and partially sighted people has celebrated 225 years since its establishment.

To mark the milestone, Royal Blind held a reception for service users, supporters and staff in Scottish Parliament on Wednesday evening (24 October).

During the event, which was hosted by MSP Stuart McMillan, pupils form the Royal Blind School performed and talks were given by chief executive of the charity, Mark O’Donnell, and Minster for Mental Health, Clare Haughey.

Royal Blind was established in Edinburgh in 1793 and today provides care, education and employment for people with sight loss from across the country.

Chief Executive of Royal Blind, Mr O’Donnell, said: “Since Royal Blind’s foundation 225 years ago as a simple workshop providing employment for vision impaired people in Edinburgh, we have transformed the lives of many people with sight loss across Scotland.

“Over the centuries our work has evolved with society’s attitudes towards disability. Today we are Scotland’s largest vision impairment organisation and our mission is to see a community in which blind and partially sighted people are fully included, with their rights and aspirations fully supported.”

In honour of the milestone, the charity has produced a book exploring the evolution of societal perspectives towards sight loss and disability, and how its services evolved over the centuries. It also features interviews with former service users and staff.